India’s armed forces will thwart any attempt to undermine its security: President Kovind 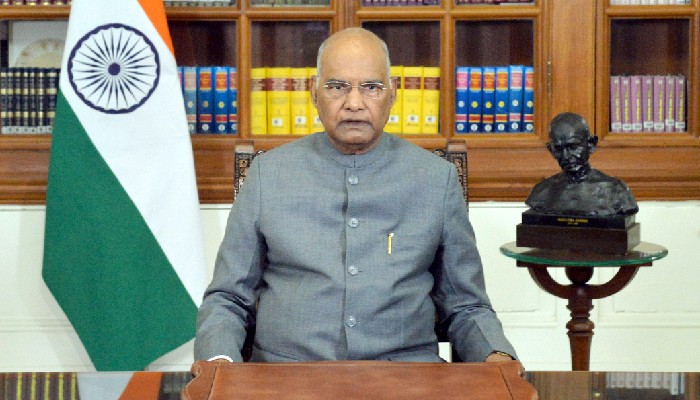 Giving a firm message to China on the eve of India’s Republic Day, President Ram Nath Kovind has said that the Army, Air Force, and Navy were “adequately mobilised in a well-coordinated move” to thwart any attempt to undermine the country’s security.

In a referent to the border standoff with China during his address, he said, “We faced an expansionist move on our borders, but our valiant soldiers foiled it. To achieve this objective, 20 of them had to lay down their lives”

Noting that India’s national interest will be protected at all costs, he said the government had also ensured “a widespread understanding in the international community” of India’s firm and principled stand.

During his address to the nation on the eve of Republic Day, the President also emphasized that the values of Justice, Liberty, Equality, and Fraternity outlined in the Preamble of our Constitution are sacred to all of us.

“Its abiding adherence is meant not only for those who are mandated to govern but for the people at large,” he noted.

The President also used the occasion to express his special appreciation for the role played by India’s farmers, soldiers and scientists.

“Every Indian salutes our farmers, who have made our vast and populous country self-reliant in food-grains and dairy products,” he said, adding that they sustained agricultural production despite numerous challenges including the Covid-19 pandemic.

He also conveyed the nation’s gratitude to India’s soldiers. “From the freezing cold at Siachen and Galwan Valley in Ladakh with temperatures as low as minus 50 to 60 degree Celsius to the scorching heat in Jaisalmer with temperatures as high as 50 degree Celsius – on land, in the skies and at the vast coastal areas – our warriors are vigilant every moment,” President Kovind said.

His address also dwelt on the contribution made by scientists to food security, national security, protection against disease and disasters and to different areas of development.

“From space to the farms, from educational institutions to hospitals, the community of scientists has enriched our life and work. Our scientists have been working day and night for decoding the Coronavirus and they have succeeded in developing the vaccine in record time,” he pointed out. He added that the scientists, along with doctors, administrators and people from other walks of life, had made major contributions in containing Covid-19 and keeping the fatality rate lower than that in other developed countries.