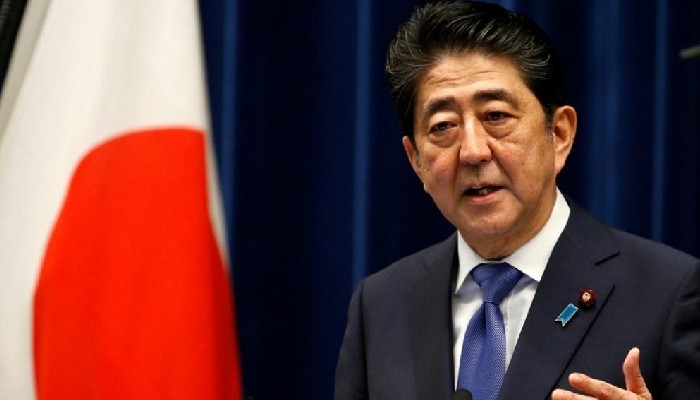 Former Japanese Prime Minister Shinzo Abe is among the seven persons honoured with the Padma Vibhushan awards this year in a list that also include late musical maestro SP Balasubramaiam (posthumous).

The other Padma Vibhushan awardees are Dr. Belle Monappa Hegde from Karnataka for Medicine, Shri Narinder Singh Kapany (Posthumous) of the US for Science and Engineering, Maulana Wahiduddin Khan of Delhi for Spiritualism, BB Lal from Delhi for Archaeology, and Sudarshan Sahoo from Odisha for Art.

The other Padma Bhushan awardees are Kalbe Sadiq (posthumous) for Spiritualism, Rajnikant Devidas Shroff for Trade and Industry, Krishnan Nair Shantakumari Chithra for Art, Chandrashekhar Kambara for Literature and Education, and Nripendra Misra for Civil Service.

There are 102 Padma Shri awardees on the honours list this year, including two from Bangladesh - Col Quazi Sajjad Ali Zahir who took part in the 1971 Liberation War and Rabindra Sangeet exponent and academic Sanjida Khatun.

The Padma Awards are one of the highest civilian awards of the country and are conferred in three categories - Padma Vibhushan, Padma Bhushan, and Padma Shri.

The awards are given in various disciplines and fields of activities, like art, social work, public affairs, science and engineering, trade and industry, medicine, literature and education, sports, and civil service.