‘Liberation struggle changed the mindset of the people of Bangladesh, India’ 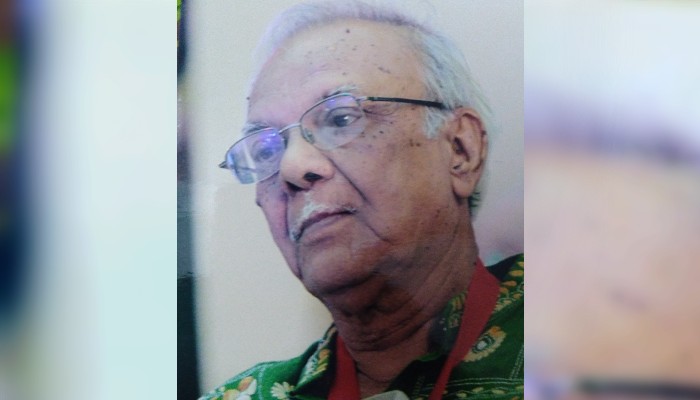 Senior journalist Dilip Chakraborty, who spent nearly a month in what was then East Pakistan, recalls the events of early 1971

Bangladesh is celebrating its 50th year of freedom from Pakistan this year. This year is also the Golden Jubilee of India-Bangladesh relations.

This is a good time to recall the bond between the two nations forged by history. Mihir Bhonsale of India News Network speaks to Dilip Chakraborty, a Kolkata-based senior Journalist and author who covered the 1971 Bangladesh Liberation War.

Chakraborty was among a group of journalists from India and abroad who was felicitated by the Bangladesh government in 2012 for the contribution of his pen to Bangladesh’s freedom struggle.

Q: Could you tell us, how as a journalist you got drawn into the Bangladesh Liberation struggle of 1971?

Dilip Chakraborty: Till 1970, there were no reports in the Indian Press about Bangladesh’s movement, not even in the newspapers in West Bengal. Bangladesh came into the picture after the 1970 general elections of Pakistan in which the Awami League won an absolute majority. However, West Pakistan was not ready to concede power to the party in East Bengal leading to a massive movement for liberation in East Bengal. This was the time since when East Bengal started getting media coverage in India. As a 28-year-old accredited journalist working for Kalantar paper, I like many other journalists, was taken by the fight presented by the people of Bangladesh. On March 7, 1971, Bangabandhu Sheikh Mujibur Rahman announced that now the struggle in East Pakistan was for liberation. This became the headlines of all dailies and Mujibur Rahman’s proclamation was broadcast on All India Radio, generating great interest among Indian people. On 26 March in the same year, martial law was imposed in East Pakistan and the international media including the BBC reported of a massacre in East Pakistan. I entered Bangladesh on 27 March with an alias Khokon Chaudhury. Except me, Barun Sengupta of Ananda Bazaar Patrika and Manas Ghosh of The Statesman were other journalists who also crossed over to Bangladesh. 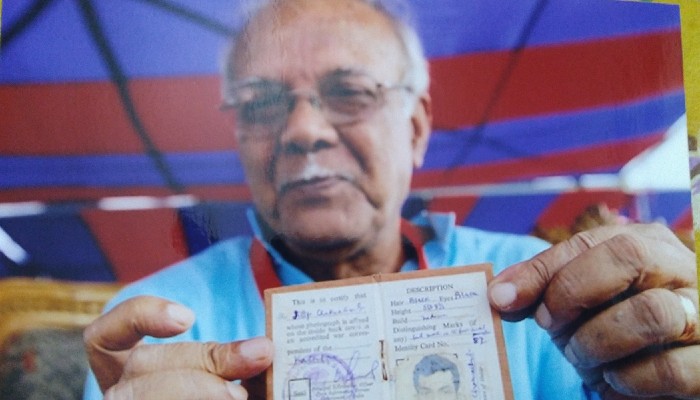 Q: Could you narrate some of your experiences on entering Bangladesh?

A: Following my trespass into Bangladesh, on March 29, 1971, I came to know in the evening that fighting had broken out at Jessore. The Pakistan Army leaving their cantonment was stationed on the streets and they had turned the whole city into a garrison. There were reports of resistance offered by Bangladesh’s freedom fighters to the Pakistan army. Anticipating a confrontation with the army, the Mukti Bahini had moved all older people, women, and children from the cities to the villages. On March 30, some Mukti Bahini people came to villages from Jessore to procure food for the Mukti Bahini in the city. But there being little food in the villages, the Mukti Bahini men had to contend with whatever little was available. We came to know that the Pakistan army had made the villages around Jessore the target of their attacks and the Mukti Bahini was engaged in a resistance to the army. The roads had been barricaded and even women were participating in this resistance.

Q: Can you describe the mood among the people of Bangladesh when they were face-to-face with the Pakistan army?

A: To recount an incident on March 30, 1971 when I met an old man in the village, he asked us where we had come from. On introducing ourselves, he remarked, “You are like my grandson, I tell you, I am 96 years old, my wife is dead, but I can still fight, if I get a gun, I will fight for freedom.” He was unhappy that like other old men, he was taken to the village. While I was entering East Bengal, I had seen a scantily dressed boy hiding in the bushes. He approached us and imitated the sound of a gunshot. On being asked why he made the gunshot sound, the boy asked, “Could you give me a gun?” taken aback, I asked, “Why do you want I gun?” to which the young boy replied, “I want to kill Yahya Khan.” In my report published on March 31, I had narrated, ‘We have read the story of the sepoy mutiny against the British also the story of brave Titu Mir who had fought the British with a bow and arrow and the story of the Vietnam war, when the people unitedly took on US imperialism. It seems as if the 7.5 crore people of Bangladesh have emerged as a force bringing all these three struggles together. The hope in the struggle led me to conclude that Yayha’s call had not halted the cuckoo birds cuckooing and the rattling of bamboo leaves had not stopped; similarly, Bangladesh’s aspiration for freedom would not go.

Q: Did you have to face any hardships while covering the Bangladesh liberation struggle as an Indian journalist?

A: I reached Bogura in Bangladesh on April 20, 1971 and this day we came to know that the Pakistan army had captured Bogura and hence we had to return to India. And this is when I experienced the most thrilling moment of my life. I become emotional, remembering this incident. While we were returning that evening to India, the Pakistan military caught us. We were 7 or 8 in number. They began searching us. I was sure that if my bag was searched my cover would be blown and I would be killed by the army, because I had my press accreditation card and a camera in my bag. Previously, two Indian journalists who had gone to cover the war were killed along the border in Tripura. Unsure, of whether I will live, I prayed for the last time to my parents while one among the search party of the army approached us with a count- one…two…five, six and when he bent down to check my bag he surprisingly, whispered in my ear, “Don’t fear”, and putting his hand in my bag asked if taking pictures is my hobby. I readily nodded. On which he said, “This is the problem with you guys, while fleeing you can leave your wife but cannot leave your camera.” This man told the officer, “There is nothing on him, only a camera.” The military let us go. I was saved. Later, the man, a part of the search team who saved my life introduced himself to be a student leader of the Awami League and had been undercover with the Pakistan Army. 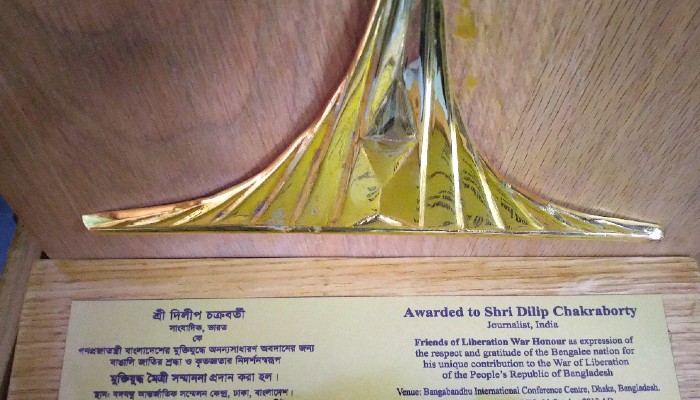 Q: What role did Kolkata (then Calcutta) and particularly West Bengal play in the Bangladesh Freedom Struggle?

Q: Have you visited Bangladesh after 1971? How were you received by the Bangladesh people?

A: I have visited Bangladesh many times in my lifetime and I have been welcomed there as one of their own, who actively participated for Bangladesh’s liberation. I made many friends in Bangladesh during the war. I was touched by the honour that the Bangladesh Government led by Prime Minister Sheikh Hasina, conferred upon us in 2012. The occasion was to mark the 40th anniversary of the Bangladesh Liberation struggle. During this programme, Prime Minister Sheikh Hasina told us that you are not foreigners, you have participated in our movement for freedom and that you are a respected person of our country. The honor and respect that this recognition brought me from Bangladesh is something I will cherish all my life.