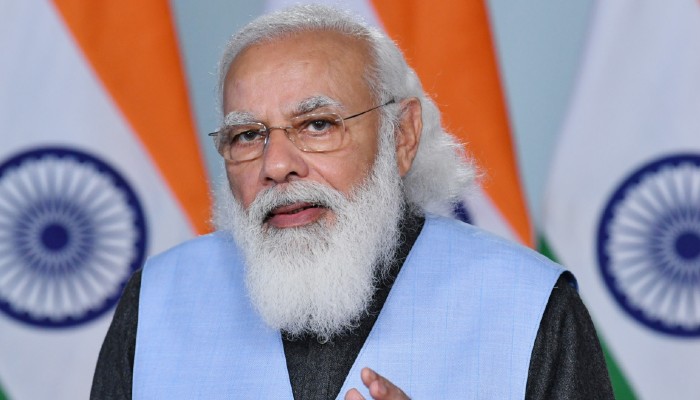 Prime Minister Narendra Modi has congratulated Joe Biden for assuming office as the 46th President of the United States. He reiterated his commitment to take the India-US partnership to new heights with Biden’s support.

"My warmest congratulations to @JoeBiden on his assumption of office as President of the United States of America. I look forward to working with him to strengthen the India-US strategic partnership," tweeted PM Modi.


My warmest congratulations to @JoeBiden on his assumption of office as President of the United States of America. I look forward to working with him to strengthen India-US strategic partnership.

"The India-US partnership is based on shared values. We have a substantial and multifaceted bilateral agenda, growing economic engagement, and vibrant people to people linkages. Committed to working with President @JoeBiden to take the India-US partnership to even greater heights,” he added in a subsequent tweet.

The Prime Minister also congratulated Kamala Harris on being the first woman to be sworn in as US Vice President, saying he looked forward to interacting with her to make India-US relations more robust.


Congratulations to @KamalaHarris on being sworn-in as @VP. It is a historic occasion. Looking forward to interacting with her to make India-USA relations more robust. The India-USA partnership is beneficial for our planet.


The Indo-US strategic ties have been on an upswing in the last few years.

In November last year, India and the United States held the 2+2 dialogue reflecting the maturity in the bilateral ties. Both sides signed the Basic Exchange and Cooperation Agreement for Geo-Spatial Cooperation (BECA), with which the two countries have inked the all four foundational agreements to bolster defense ties.

India and the US are also member countries of the QUAD, a group that commits to bringing peace and security in the Indo-Pacific region.

During the unprecedented times of Covid-19, the US and India launched cooperation to respond to the COVID-19 pandemic. Pharmaceutical companies from both countries collaborated to expand global supplies of critical medicines and are cooperating on vaccine development.

The US-India relationship is expected to touch new heights this year under the presidency of Biden, who is known to be a strong proponent of closer India-US ties since his days as a Democratic senator in the 1970s and played a key role in getting the approval of the Senate for the landmark bilateral civil nuclear deal in 2008.

On the future of ties under the new Biden administration, the Ministry of External Affairs asserted the foundation of India-US relations is very strong and the comprehensive global strategic partnership between the two countries has bipartisan support in the United States.