India, Australia formidable competitors on the field, and solid partners off it: PM Modi after Test win 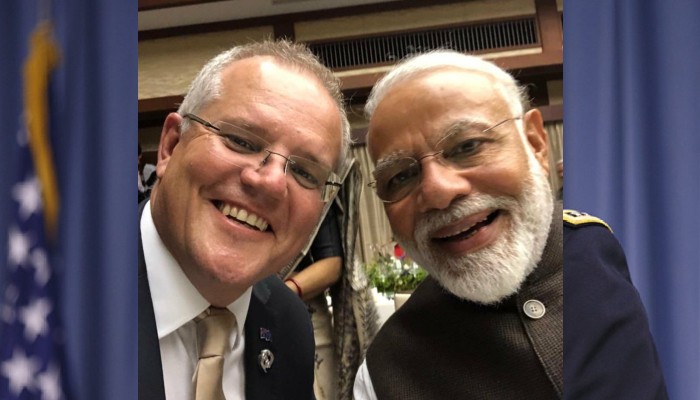 India and Australia are formidable competitors on the field, and solid partners off it, Prime Minister Narendra Modi said today.

He was replying to a congratulatory message by his Australian counterpart Scott Morrison on the Indian cricket team's Test series win Down Under.

Led by Ajinkya Rahane, the Indian team overcame injuries and braved all odds to defeat a full-strength Australian side by three wickets at the Gabba, Brisbane on Tuesday to win the four-Test series 2-1. India also retained the Border-Gavaskar Trophy.

Australian Prime Minister Morrison tweeted, "Congratulations @narendramodi and the Indian Cricket Team on a great win in the test series here in Australia. It was a hard fought contest between the game's best teams and players".

"Commiserations to Tim Paine and the Australian Men's Test Team," he said, adding, "They'll be back."

To this, PM Modi replied, saying, "Thanks, @ScottMorrisonMP. It was a thrilling series with the best from both the teams on full display."

"India and Australia make for formidable competitors on the field, and solid partners off it," he added.