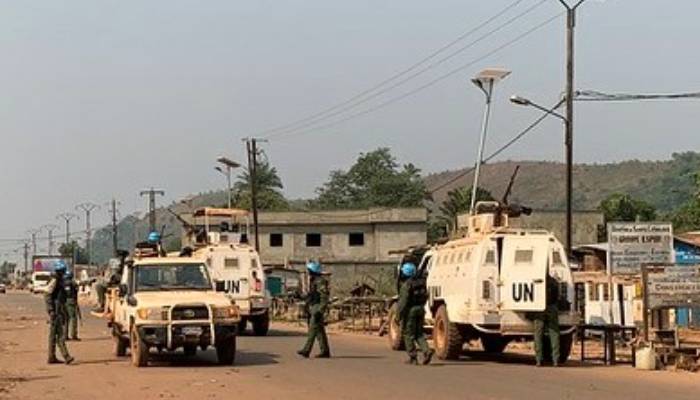 “India strongly condemns the attack on peacekeepers of MINUSCA in the Central African Republic, that has resulted in the death of a peacekeeper from Rwanda on 13 January and one from Burundi on 15 January,” the Ministry of External Affairs said in a statement in Tuesday.


“We extend our deepest condolences to the bereaved families of the peacekeepers from Rwanda and Burundi, and also wish for the speedy recovery of the injured,” it added.

Two United Nations peacekeepers were killed after their convoy was ambushed by members of the UPC and anti-Balaka armed groups in southern Central African Republic (CAR), the UN Mission in the country said on Monday.

According to a report by UN News, the attack took place some 17 kilometers (about 11 miles) from Bangassou, the capital of the Mbomou prefecture. UN peacekeepers had retaken control of the city on Friday after it captured two weeks earlier by anti-government armed groups.

The head of the UN MINUSCA Mankeur Ndiaye has also condemned the attack and stressed that the Mission “will work with the Central African authorities to ensure that the perpetrators and accomplices of these war crimes are arrested and held accountable for their acts.”

Also, in December last year, three peacekeepers from Burundi in the Central African Republic were killed and several were wounded.

“We also remember the three Burundian MINUSCA peacekeepers who had laid down their lives on 25 December last year,” the MEA statement added.