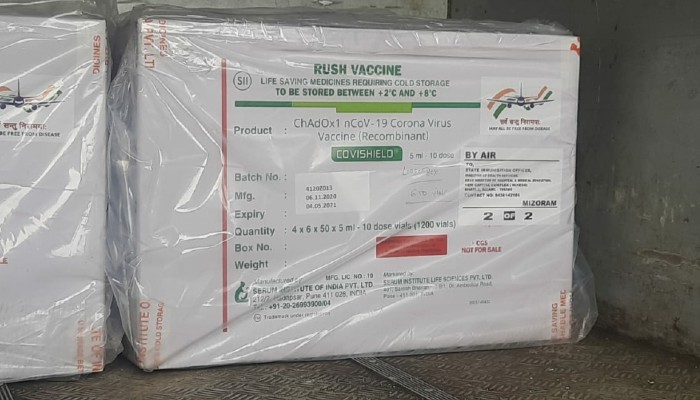 Attesting India's role as pharmacy of the world, credit ratings specialist Moody’s Analytics said on Monday that India is set to drive the Asia Pacific region’s distribution efforts for COVID-19 vaccines, the Business Standard has reported.

India as the largest producer of vaccines in the world with a 60 percent of the global share is well-positioned to use its existing manufacturing capabilities to contribute to mass vaccine production and distribution needs for other countries in addition to meeting its domestic requirements, the report said.

“With exports of the Covid-19 vaccines expected to begin soon, India (along with China) look set to take the lead in driving the regions distribution efforts in the months ahead," the report, titled ‘Asia's Vaccine Update: A Step-up in Momentum - India's advancement toward inoculations is a crucial development for the region argued.

According to the Business Standard report, the credit ratings agency’s findings resonate Prime Minister Narendra Modi’s statement on 9 January, when he said, “Today, India is ready with not one but two made in India vaccines to protect the entire humanity. Being the world’s pharmacy, India is committed to make the medicines available to every needing person across the world.”

The ratings agency’s report also confirmed that India's advancement towards inoculations is an important development for the region. India began the world’s largest vaccination drive on 16 January with nearly 200,000 immunised on the first day of the programme.

“As India is the second most-impacted country in the world, after the US, the need for local immunisation is paramount to contain the significant socio-economic costs, and the country’s success in advancing on this front will eventually soften the severity of the pandemic within the region," Moody's Analytics report further explained.

Escalating economic costs of COVID-19 have pushed countries in the Asia-Pacific region to step up efforts towards vaccine procurement and rollout, Moody’s Analytics report reckoned.

Forecasting the recovery momentum as uneven, the agency predicted that near-term prospects for local containment have taken a turn for worse with the third waves in Japan and South Korea leading to renewed restrictions including shutdowns across Japan’s key prefectures, the report elaborated.

It also cited that the Southeast Asian economies of Indonesia, the Philippines and Malaysia are battling intensifying caseloads with stringent containment measures. China, too, has placed four cities under lockdown after a sudden rise in daily caseloads, though at an average of under 100 cases per day over the past week, the new outbreak remains well below the regional median, Moody's Analytics said.

The Moody Analytics’ report further mentioned that, “For many countries, the recent turn has prompted a more urgent need to advance with their vaccine procurement and implementation plans,” further adding that in the Asia-Pacific region, there is a gradual but noticeable shift away from the relatively guarded approach to one that is more proactive and akin to Western economies.