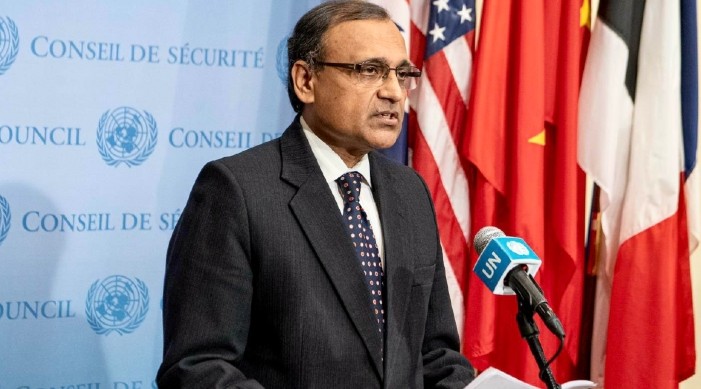 Highlighting the humanitarian plight of the people of Yemen, India at a United Nations Security Council (UNSC) meeting on Thursday said that severe food insecurity and children suffering malnourishment were immediate concerns which should move the conscience of the world community.

Speaking at the UNSC meeting on the situation in Yemen, India’s Permanent Representative to the United Nations TS Tirumurti drew attention to the “the plight of millions of Yemenis”.

He called the targeting of innocent civilians as “unacceptable and unjustified” and appealed for the UNSC to support the Yemen-led peace process.

Referring to the recent attack on Aden airport that killed 25 people and injured nearly 100 others, he said, “India strongly condemns the attack and views it as a deliberate attempt to undermine the ongoing peace efforts in Yemen.”

He also expressed India’s deep concern over the threats emanating from Yemen to commercial ships navigating the Red Sea and the Gulf of Eden last year and appealed to the Council for holding greater deliberation.

Informing the council of the worsening situation due to unabated attacks in Yemen and across the border in Saudi Arabia, Tirumurti argued that a long-term solution lies in a sustainable and comprehensive political settlement of the conflict.

He welcomed the reconciliation and rapprochement between the Gulf Cooperation Council (GCC) countries and signing of the Al-Ula Declaration at the recently concluded GCC Summit in Saudi Arabia the Indian envoy reaffirmed faith in a unified GCC in promoting peace, stability and prosperity in Yemen.

India’s envoy to the UN also reaffirmed New Delhi’s steadfast commitment to a Yemeni-owned political process with a goal of achieving an inclusive and peacefully negotiated settlement to the conflict. He called for a strict implementation of the arms embargo envisaged in resolution 2216 and its effective monitoring.

Tirumurti said India will continue to provide humanitarian aid and other assistance to those affected by the conflict. Invoking the India-Yemen bilateral relationship to be centuries old, he called for Yemen’s instability, violence and suffering of Yeminis painful for India and all Indians.