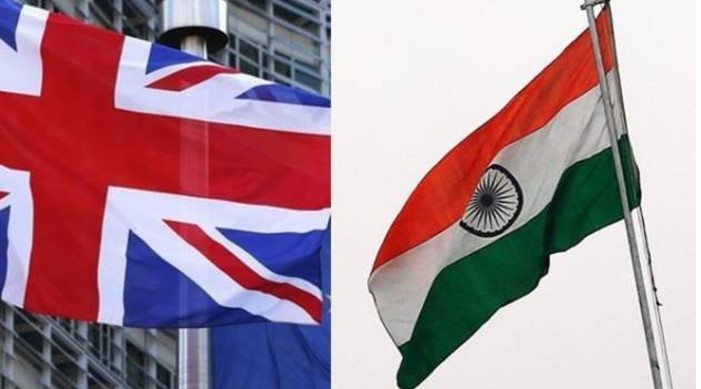 The Indian and UK governments are currently in discussions about partnerships and sharing of expertise in four key capability areas, including Cyber, Army modernisation, Maritime Technology, and Future Combat Air Systems.

Speaking to Financial Express, UK Defence Adviser to India Brigadier Gavin Thompson stated that there is a huge potential for India-UK Military ties.

He further said that there is an opportunity to deliver mutual long-term benefits between both nations.

“Future announcements on UK and India Government-to-Government collaboration can only embolden UK industries’ interest in the Indian market and the Defence Corridors,” Brigadier Thompson was quoted as saying in the report.

This year, HMS Queen Elizabeth is slated to lead a British and allied task group on the UK’s most ambitious deployment for two decades.

The deployment will go through the Mediterranean, the Indian Ocean and on to East Asia.

Commenting on the same, Brigadier Thompson said, “It is natural for the inaugural deployment of our Carrier Strike Task Group to include a visit to the region. It is also a sign of the UK’s commitment to regional security.”

He added that both India and the UK are natural partners in defence and are looking forward to a number of collaborations in the near future.

The UK and India have formed six bilateral working groups under the Defence and International Security Partnership (DISP).

According to the report, he said, “The UK understands drive-in India towards self-reliance in the defence sector. We developed a MoU that introduces a new Government-to-Government approach is about the co-creation of technology; to not only ‘Make in India’ but also ‘Create in India’ through the co-development of Intellectual Property.”

When asked about the UK’s plan to take part in the Indo-Pacific group, he said that the UK is supportive of it as a concept.

Emphasising that the UK has a range of enduring security interests in the region and many important bilateral defence relationships. In fact, UK’s oldest firearm manufacturer, Webley and Scott, announced plans to establish production in Uttar Pradesh.

In addition, he stated that the UK has invested heavily in those defence equipment capabilities that will make it a much more prominent player under this region.

Speaking about the forthcoming military exercise Konkan, the Brigadier mentioned that this exercise shall be an impressive demonstration of the strong Defence partnership between India and the UK, while enhancing the compatibility capabilities of both navies.

While it was initially reported that 14 UK companies had committed to attending Aero India 2021, in different capacities including standalone exhibitors, co-exhibitors at the UK Pavilion, the pandemic has now impacted UK’s attendance at the show.

However, the UK is confident of a strong presence by demonstrating expertise in Combat Air, Complex Weapons and Maritime Technologies at the UK Pavilion, he said, according to the report.