Army is prepared to hold its ground along LAC: Gen Naravane 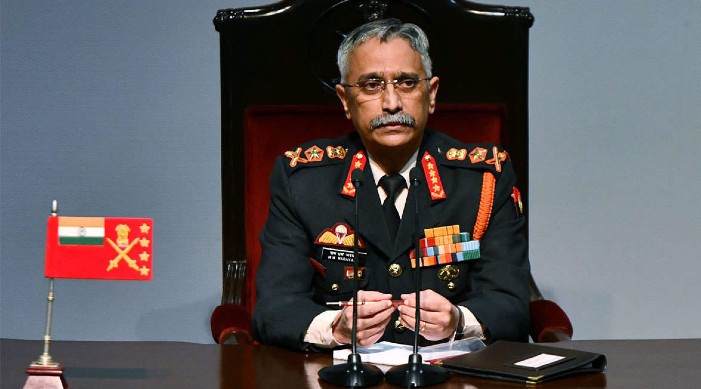 The Army is fully prepared to hold ground in eastern Ladakh against China for as long as it takes to meet national objectives, said Army Chief, General MM Naravane.

“There is no doubt China and Pakistan together form a potent threat for India and the threat of collusivity cannot be wished away. The collusive threat is not just a strategic paper or talk… it’s manifesting itself on the ground,” General Naravane said during the Army's annual press conference on Tuesday.

At the same time, he asserted, Indian forces are achieving a high level of operational readiness to deal with all eventualities along the 3,488-km LAC, from eastern Ladakh to Arunachal Pradesh.

“We are alert and ever-ready to meet any challenge,” said Gen Naravane, adding that the recent troop withdrawal from “depth areas” along the LAC did not amount to much because there was no reduction in force-levels on the frontline or “Friction points” in eastern Ladakh.

India has been fast-tracking the rebalance of military forces and firepower to the northern borders with China and the critical Indian Ocean region in wake of the standoff in eastern Ladakh since November.

Confirming this operational recalibration on Tuesday, Gen Naravane said, “Ladakh showed a certain amount of re-balancing to the northern borders was required. That is what we have put in place now. ”

Acknowledging that China had the “first-mover advantage” in April-May, when it “suddenly” diverted troops from exercises towards eastern Ladakh, Gen Naravane said India had in turn surprised the PLA by proactively occupying the heights in south bank of Pangong Tso -Chushul area on August 28-30.

India has to be prepared to deal with “a two-front threat” by “prioritizing” one front over the other as and when required, he said.

The bulk of the forces would be deployed to deal with the primary front, while increasing a deterrence posture on the secondary front.