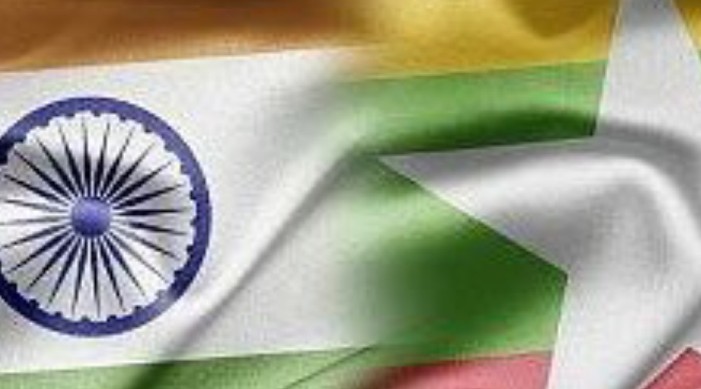 India is advancing its new Indo-Pacific policy keeping in mind, China’s dominance in its neighbourhood. In this context, India’s Southeast Asian neighbour, Myanmar, assumes importance for New Delhi, an opinion article in the Asia Times has said.

The Southeast Asian region has assumed significance in the wake of New Delhi’s Indo-Pacific policy that was unveiled by Prime Minister Narendra Modi in 2018. Modi advocated an independent, free, and inclusive Indo-Pacific system in the region, the article informed. The policy was necessary to devise a strategy to check China’s incursions into the South China sea and its increasing influence in India’s neighbourhood.

Beginning last year, New Delhi also participated in the Quadrilateral Security Dialogue comprising US, Japan, Australia. However, it is the South-East Asian countries that are crucial for giving shape to India’s Indo-Pacific policy and its Indo-Pacific Oceans initiative, the article argued.

Myanmar is India’s land-bridge to the Southeast Asian region and the two countries share a 1,600-km boundary. The two also share deep cultural and political ties. Myanmar is part of both India’s Neighbourhood First policy and Act East policy, despite which Naypyidaw has received scant attention from New Delhi, the article mentioned.

India has stressed increasing ties with its neighbors and Myanmar with an eye on increasing China’s presence within New Delhi’s traditional sphere of influence. The article cited examples of India’s defence cooperation with Myanmar.

INS Sindhuveer has become the first submarine to join Myanmar’s navy. This is being seen by India as a step to counter China’s presence in its neighborhood, the article argued. This is an important step taken by India amid China’s efforts to increase its influence in countries such as Nepal, Bangladesh and Sri Lanka.

India, realising Beijing’s deep pockets in the ASEAN country, has recently announced an investment of US$ 6 billion in a petroleum refinery in Myanmar. This is a part of a series of efforts by New Delhi to scale-up its engagement in Myanmar.

India has regularly held joint military exercises, shared maritime patrol programs and consultations at the military level. The Indian Navy also trains Myanmar naval personnel. The ground forces of both the countries have also taken actions against extremist groups along the border. Last year witnessed the first time in the history of India that top officials of the country’s Foreign Ministry and the army have gone on a trip together outside India – to Myanmar.

After being delayed for years, Myanmar’s Sittwe Port is expected to be ready by March. If this happens, then it will be a big step. Sittwe Port will be helpful in increasing India’s trade with Myanmar and other countries of Southeast Asia. The article also suggests New Delhi must look to diversify areas of cooperation to include agriculture.