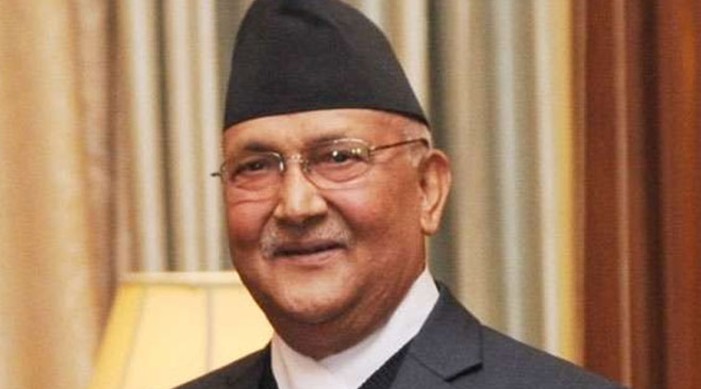 Playing down the controversy on Nepal’s map incorporating 370 sq-km area of Kalapani-Limpiadhura-Lipulekh, Nepal Prime Minister, K P Sharma Oli has said his government is open for a dialogue to resolve the boundary dispute with India and is determined to take bilateral relations with India to new heights.

While addressing the upper-house of Nepal Parliament on Sunday, Prime Minister Oli said the Nepal-India-China trijunction area has been under his country’s possession for long.

However, he said any irritants in Nepal’s bilateral relations with India must be resolved through dialogue and Nepal-India relations will reach new heights under his leadership.

Prime Minister Oli said the boundary issue will be on the agenda of discussions between the two countries during Foreign Minister Pradeep Gyawali’s visit.

In his speech, Prime Minister Oli indicated that Foreign Minister-level talks between the two countries would also discuss Nepal’s procurement of Covid-19 vaccines from India.

Nepal is looking to procure Covid-19 vaccines to inoculate 12 million in the first phase and India is the preferred source, Minister for Health and Population Hridayesh Tripathi was quoted as saying by The Kathmandu Post.

Nonetheless, Oli’s remarks in Nepal parliament indicate an attempt at resetting Nepal-India bilateral relations that had taken a hit after the Himalayan country issued a fresh map claiming the territory at the Kalapani-Limpiadhura-Lipulekh as its own. Prime Minister Oli was also accused of fanning anti-India sentiments.

Since October last year, there has been a thaw in ties between the two countries. This is particularly because of the goodwill and trust generated by visits of India’s RAW Chief Samant Kumar Goel in October and Army Chief M Naravane in November. Indian Foreign Secretary, Harsh Vardhan Shringla's visit to Kathmandu on November 26-27 had put relations back on track.

On 20 December, Oli had recommended dissolution of the parliament and holding of fresh elections in the country. However, Oli’s decision to dissolve the parliament has been challenged in the Himalayan country’s Supreme Court.

India has refused to comment on the political situation in Nepal, calling it an internal matter of the Himalayan country.