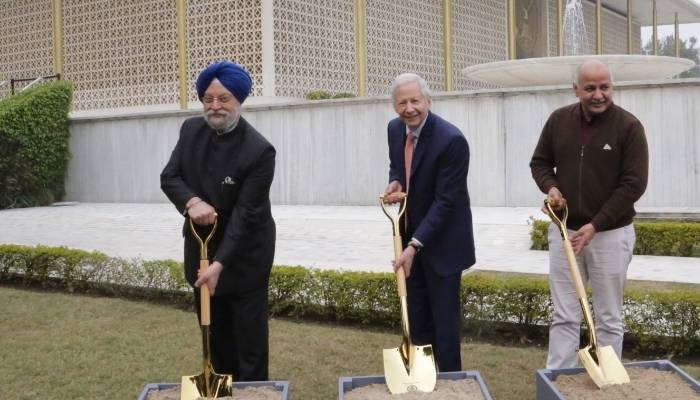 The project will employ 800 Indian workers, giving them an opportunity to learn technical and safety awareness skills

US Ambassador to India, Kenneth I. Juster dedicated the new Chancery Building at the US Embassy in New Delhi to America’s enduring commitment to the US-India partnership and as a testament to the strength and longevity of that partnership, The Indian Express reported on Saturday.

Ground-breaking for the $200 project was held on Friday where alongside Juster, Union Minister Hardeep Singh Puri and Delhi Deputy Chief Minister Manish Sisodia were also present.

The report quoted Juster saying that the project will be a “more environmentally sustainable” Chancery building to be constructed inside the US Embassy campus and will stand adjacent to the iconic Chancery and Ambassador’s Residence at Roosevelt House on the Embassy Campus.

Calling the project an endeavour to support the local community, the US Ambassador said that the project will employ 800 Indian workers at the peak of construction activities, giving such people an opportunity to learn technical and safety awareness skills which will distinguish them in the local market.

The project will be ‘more environmentally sustainable’ as it aims to reduce total water use by 37 percent and potable water use by 74 percent as per the U.S. Ambassador. It would also have capacities to capture storm water storing one million gallons for treatment and reuse, he elaborated, according to The Indian Express report.

Meanwhile, Puri lauded Juster’s contribution to strengthening India-US relations, arguing that ties were “stronger, more enduring and with greater potential now” as compared to when the envoy had come to India.

Sisodia, terming the relationship between the US Embassy and the Delhi government as “mutually beneficial”, called upon for more cooperation from the Embassy in making Delhi a regional educational hub for Ivy League colleges and schools.