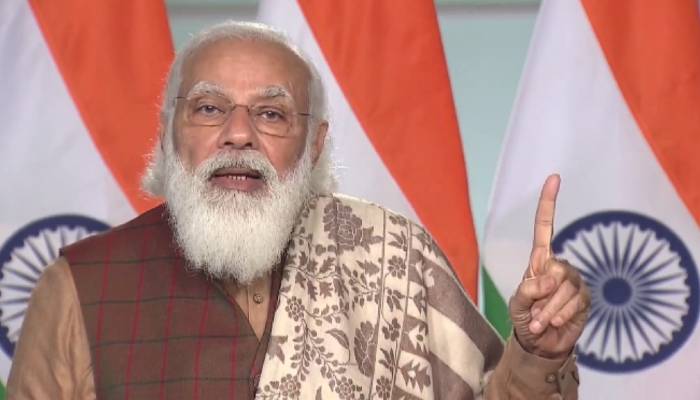 India is ready to save humanity with two ‘Made in India’ Covid-19 vaccines, Prime Minister Narendra Modi said on Saturday.

“Today, India is ready with not one, but two made in India vaccines to protect the entire humanity. Being the world’s pharmacy, India is committed to make the medicines available to every needy person across the world”, Prime Minister Modi said in his inaugural address at the 16th Pravasi Bharatiya Divas Convention held through the digital mode.

He commended the Pravasis for their contribution during the pandemic. “In the past months, I have interacted with many heads of state, who have specially mentioned the services rendered by doctors, paramedics and commoners alike of the Indian origins,” he noted.

The Prime Minister mentioned that the pandemic has ebbed in the country, pointing out that India has the distinction of having the world’s lowest fatality rate and the fastest recovery rate of COVID-19. “Not only has India become self-reliant during the Corona period but also, it has also exported PPE Kits, masks, ventilators, and testing kits to the world,” the Prime Minister added.

He compared Indian pharma industry’s role during Corona with that of the Y-2-K time, when India had relieved the world from crisis situations adding that whenever and in whichever field India becomes self-reliant, the entire world benefits from it.

“During the lockdown, through the Vande Bharat Mission 45 lakh Indians were rescued from across the world. The government is trying its best to help overseas Indians get timely help through Indian missions worldwide,” the Prime Minister said.

Next year, the country would commemorate the 75th year of India’s Independence, the Prime Minister reminded the gathering. He urged the Indian diaspora and staff of diplomatic missions to help host a digital platform especially for those from the Indians Diasporas who have significant contribution to India’s freedom struggle.