‘COVID has taught us to be self-reliant’: EAM Jaishankar 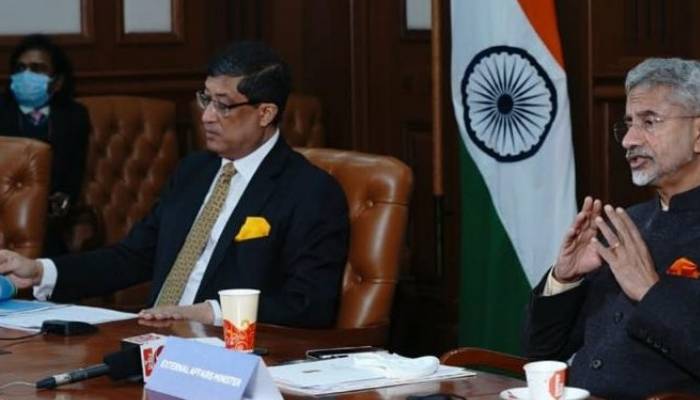 A prominent lesson India has learnt from the Covid-19 pandemic is self-reliance and there is a need for shorter, trusted, and resilient supply chains, External Affairs Minister S Jaishankar said on Saturday.

Speaking at the inaugural session of the 16th Pravasi Bharatiya Divas, he suggested that India’s policy of Atmanirbhar Bharat aims at building stronger capacities to make a larger contribution abroad. The government is seeking to involve the Indian diaspora that has a well-earned reputation as high achievers, he added.

The backdrop of the devastating Covid-19 pandemic has presented unprecedented challenges and this has strengthened bonds with Pravasis, the minister elaborated citing examples of the Vande Bharat Mission that has brought more than 3.5 million Indians home. The mission also facilitated the return from India of those of other nationalities to 120 countries. India also sent medicines to 150 nations, many with large Pravasi communities, added the Minister.

Reposing faith in the Pravasis, the Minister said that they were an immense source of pride. He also expressed his deep gratitude to President Chan Santokhi of Surname for gracing as the Chief Guest of the Friday’s convention.

The Minister also highlighted the government’s diaspora initiatives, likr the ‘Know India Programme’ for young overseas Indians and Pravasi Teerth Darshan Yojana for the older generation. He also gave the instance of the scholarship programme for diaspora children that has expanded cultural activities of Indian Embassies and ICCR Centres abroad.

The virtual conferences that were held as a precursor to the celebrations of the 16th Pravasi Bharatiya Divas 2021 had five themes - Role of Diaspora in promoting India’s culture; Targeting a US$ 5 Trillion Atmanirbhar Economy by boosting MSMEs; Gulf-India ties; Media & Entertainment partnerships to showcase India@75; and Bringing Together Young Achievers from India and Indian Diaspora, the Minister noted.