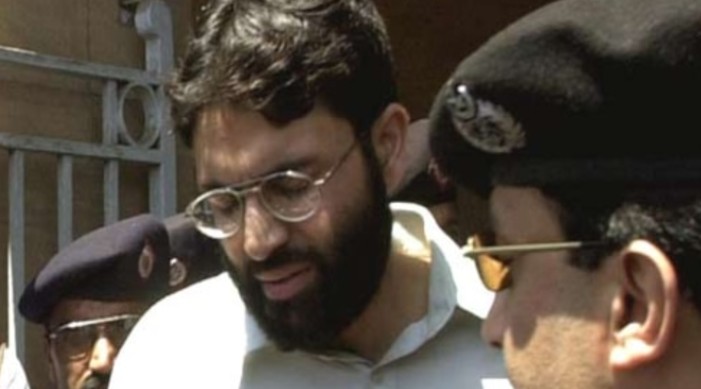 Terrorist Ahmed Saeed Omar Sheikh who is in prison in Pakistan for killing American journalist Daniel Pearl in 2002 has been receiving comfortable and home like facilities in the Hyderabad central jail in the Sindh province of Pakistan.

According to The Sunday Guardian, a Sindh court had acquitted Sheikh for killing American journalist Daniel Pearl in April 2020, while commuting his death sentence to seven years in prison and stated that since Sheikh had already spent 18 years in jail, the prison term would be considered as completed.

The home-like facilities in jail for Sheikh, and to ensure he becomes a free man was calibrated by the office of Brigadier Ijaz Ahmed Shah, who until recently was the Interior Minister in the Khan Cabinet and is also cited as Pakistan Prime Minister Imran Khan’s trusted aide.

Pearl was kidnapped by terrorist Omar Saeed Sheikh on January 23, 2002 from Karachi. He beheaded and dismembered Pearl on February1, just nine days after kidnapping him. His body was found on May 16, at a distance of less than an hour’s drive from Karachi.

Initially when arrested by the Karachi Police, Sheikh had denied his role in the murder of Pearl but later he surrendered to Brigadier Ijaz Shah who was then the Home Secretary of Punjab region.

In India, Omar Sheikh is remembered as one of the three terrorists released at Kandahar after the hijacking of IC 814.

While speaking to the Sunday Guardian, former Research and Analysis Wing (R&AW) chief C D Sahay, who, too, was a part of the team that had gone to Kandahar said “the hijackers gave the Indian officers a list of 36 terrorists with the condition that either India released any seven of them as per its own wish or released three from the list of 36 as per the kidnappers’ wish, knowing very well that India would go for the second option. One of the three names on the kidnappers’ list was of Omar Saeed Sheikh”.

Sahay recalling the event stated that only Masood Azhar was greeted with a loud applause by the Taliban, which made it clear that Sheikh was not the choice of the terrorists, but of the ISI.

Brigadier Shah who had served in ISI before entering into politics is a man who knows a lot of secrets and there are evidences that prove that Sheikh was being used as an agent of ISI and that is why he is being protected by the Pakistan government itself.

After decision of his acquittal, the US is likely to put in efforts to take Sheikh into custody and bring him back to America for trial but this would not be a simple task as his getting into the US security agencies’ hands, may force him to reveal secrets that could seriously affect the workings of the ISI and the Imran Khan government.

Read the full report in: