No place for any attempt to unilaterally change status quo by coercion: Japanese envoy 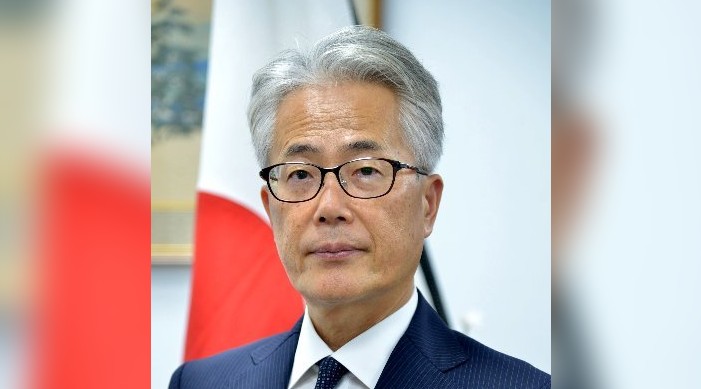 There is no place for any attempt to unilaterally change the status quo by coercion—be it in Ladakh, the East China Sea or the South China Sea, Japan’s ambassador to India, Satoshi Suzuki has said.

“In a free, open and inclusive Indo-Pacific where the rule of law prevails, there is no place for any attempts to unilaterally change the status quo by coercion. Be it in Ladakh, in the East China Sea, or in the South China Sea, Japan stands firm to uphold the principles that underpin a rules-based international order. I think this is also the best example where we have seen growing strategic convergence in both countries’ thinking,” Suzuki said in an interview with Hindustan Times.

Highlighting the significance of the QUAD which is an informal strategic forum between India, US, Japan and Australia, Suzuki said all these four countries share a common vision of ensuring a free, open and inclusive Indo-Pacific in which the principles of sovereignty and territorial integrity are ensured, and all countries enjoy freedom of navigation and overflight.

The Japanese ambassador described this year’s Malabar naval exercise as an example of the efforts of the QUAD members to ensure sovereignty and territorial integrity and uphold freedom of navigation.

Regarding the trilateral initiative of Japan, Australia and India which was launched at a ministerial meeting in September to create resilient supply chains, the Japanese ambassador said that it is also important to involve other countries in this trilateral initiative.

On the issue of developing a supply chain and asking Japanese companies to shift out of China, the Japanese ambassador said Tokyo is trying to help Japanese industries in diversifying their supply chains so that they will be more resilient. “In this regard, two pilt projects and feasibility studies in India have been adopted for a program for strengthening overseas supply chains in November, which are the first and only two projects from outside ASEAN.”

With regard to the status of Japan’s bullet train and other projects in India, the Japanese ambassador said, “Mumbai-Ahmedabad High Speed Rail (MAHSR) is a flagship project which will transform the Indian railway culture not only with its amazing speed and comfort but also through technology and skill transfer. The tenders for important packages, including its largest civil package, have been successfully being made, infusing much needed economic stimulus after Covid-19.”

As for Japanese investments in India’s northeast, he said, “Japan is providing a range of support from road connectivity, forest and biodiversity conservation, water and sanitation, hydropower generation, to local schools. I am co-chairing, with foreign secretary [Harsh] Shringla, the Act East Forum to advance these efforts and to explore new possibilities.”