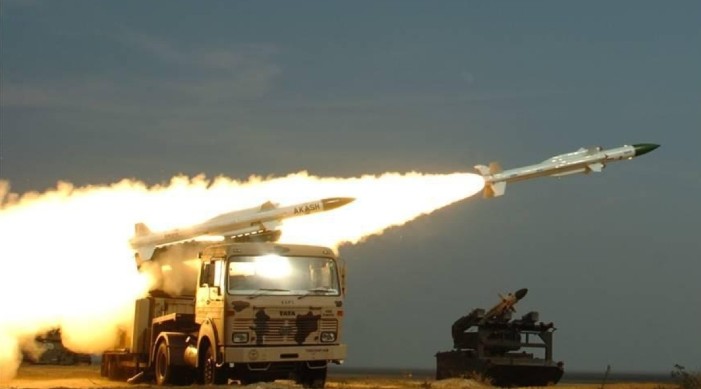 In a big push to the Atmanirbhar Bharat mission, India will start exporting the indigenous Akash missile system the cabinet approving a proposal in this regard today.

“Under the #AtmaNirbharBharat, India is growing in its capabilities of manufacturing wide variety of Defence platforms and missiles. The Cabinet chaired by PM @narendramodi Ji today approved the export of Akash Missile System and a Committee for faster Approvals has been created,” Singh said in a tweet.


Under the #AtmaNirbharBharat, India is growing in its capabilities of manufacturing wide variety of Defence platforms & missiles.

The Cabinet chaired by PM @narendramodi ji today approved the export of Akash Missile System and a Committee for faster Approvals has been created.


Singh further said that the Akash missile system is an important defense asset for the country with over 96 per cent indigenization. He also noted that the Akash is a surface-to-air missile with a range of 25 kilometers.

Developed by DRDO, it is India’s first indigenously designed missile system and can target fighter jets, cruise missiles, drones, and other aerial assets.

The export version of Akash will be different from the System currently deployed with the Indian Armed Forces.

Besides Akash, there is interest coming in other major platforms like Coastal Surveillance System, Radars, and Air platforms. To provide faster approvals for export of such platforms, a Committee comprising Defence Minister, External Affairs Minister, and National Security Advisor has been created, according to the Defence Ministry.

The committee set up for faster aprovals would authorize subsequent exports of major indigenous platforms to various countries. The committee would also explore various available options including the Government-to-Government route, it said.

The government intends to focus on exporting high-value defense platforms, to achieve the target of 5 Billion USD of defense export and improve strategic relations with friendly foreign countries, Defence Ministry noted in a statement.

So far, Indian defense exports included parts/components, and the export of big platforms was minimal. This decision by the Cabinet would help the country to improve its defense products and make them globally competitive, Singh noted in a tweet.