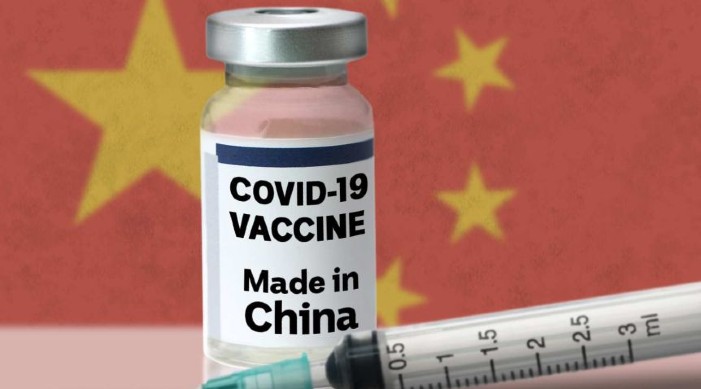 In a bid to regain trust of the international community, China is pressing hard by offering a cheap and reasonable alternative to developing nations against the expensive vaccines offered by the Western Nations.

But China is struggling hard to get its vaccine trusted. Even Chinese nationals are not convinced that their country’s Covid-19 vaccine is of any worth. While the all-time ally Pakistan, has also expressed its anxiety in placing its trust in the vaccine produced by China. Worse, ASEAN countries which concluded China-led Regional Comprehensive Economic Partnership, have also turned their back on Beijing on the use of China developed Covid-19 vaccine.

Beijing recently shipped millions of doses of Covid-19 vaccines to Indonesia, but several days have passed, the Southeast Asian country’s authorities have refused to avail the Chinese Covid-19 vaccine to the people. In fact, like several countries, Indonesia is still haunted by the memories of defective China-made medical equipment which had triggered alarm among Indonesian doctors and healthcare workers. Malaysia, the Philippines, Spain, Turkey, the Netherlands and Italy had also returned China supplied Covid-19 testing kits after they were found to be substandard and inaccurate in providing results.

Such a gap in trust on Beijing still looms large on ASEAN leaders’ minds and this is the reason for resistance to China backed Covid-19 vaccine. Besides, what strengthens ASEAN members’ doubt on Chinese Covid-19 vaccine is the fact that Beijing is itself sourcing 100 million doses of Covid-19 vaccine from German company BioNtech for its own use, and this was revealed by Shanghai Fosun Pharmaceutical Group of China.

In a statement on December 16, the company said its subsidiary has entered into an agreement with German firm BioNtech for an adequate supply of Covid-19 vaccines to China. The Chinese pharmaceutical company also said that it will make an initial payment of $152 million this month for 50 million doses while another $152 million would be paid after receiving authorization to sell the German vaccine in mainland China.

Interestingly, in September-October, China’s propaganda machinery had started talking big about the country’s success in developing an effective Covid-19 vaccine candidate. It lobbied hard with ASEAN, African and Latin American countries for the purchase of its vaccine.

Before the world could take note of it, a Taiwanese media outlet, in the first week of December, prized open a can of worms against China, by reporting that Chinese pharmaceutical companies were adopting questionable production processes and quality control in the preparation of Covid-19 vaccine.

As if it was not enough, Chou Jih-haw, head of Taiwan’s coronavirus task force made it clear that Taipei would not buy Covid-19 vaccines from mainland companies due to safety and regulatory concerns.

While narrating China's scandalous past in the management and administration of vaccines, he said Beijing used expired polio vaccines in 2019, leading to its adverse effects on Children. In 2013, he said, Chinese hospitals had witnessed a string of deaths following the use of outdated hepatitis B vaccines.

All this gave ASEAN countries enough reasons to refuse Chinese vaccine. Now a prominent BRICS member, Brazil has accused China of not maintaining transparency about their experimental Covid-19 vaccines.

Experts say raging international distrust over the Chinese vaccine could also act as a hurdle in Xi Jinping’s vision of restoring China to its ancient glory. From 2013 onwards China has sought to expand its influence through its ambitious Belt and Road Initiative (BRI) and by providing economic assistance to the poorer nations. It has spent billions on loan and cultivated local elites in offshore countries to buttress its political and economic power. However, all such efforts now seem to have backfired because of poor management and heavy-handed implementation of the Covid-19 vaccine.