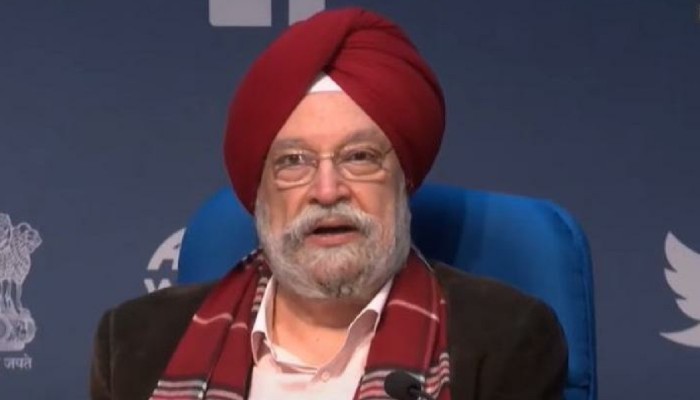 Before the temporary suspension, over 60 flights were operated a week, carrying almost 2,500 passengers a day

The temporary suspension of India-UK flights may be extended beyond December 31, Union Civil Aviation Minister Hardeep S Puri said on Tuesday, as six Indians who travelled from that country tested positive for the new coronavirus strain.

India had suspended all flights originating from the UK to India on December 21, effective from December 23 to December 31. The restriction on flights had come amid reports of the rising spread of a new coronavirus strain there.

Talking about the preventive measures the government took, Puri added “We went back to 25 November and have maintained record of all the passengers flying in from the UK, if needed we can easily trace them all, all the people flying in between 21st and 23rd were subjected to mandatory institutional quarantine, and even after testing negative, they were advised to undergo home quarantine.”

The UK was one of the 24 nations with whom India had an air travel bubble arrangement. Before the temporary suspension, over 60 flights were operated a week, carrying almost 2,500 passengers a day, he said.

India had joined a number of other countries globally in banning flights from the UK to prevent the new virus from spreading.

The restriction on commercial passenger flights, however, does not apply to international all-cargo operations and flights specifically approved by Directorate General of Civil Aviation (DGCA).

Announcing the suspension of flights from the UK, the civil aviation ministry had also said that airlines operating flights to India from other countries shall not board any passenger travelling from the UK to India. They were directed to ensure that no passenger coming from the UK is boarded in a flight for any destination in India, either directly or indirectly.