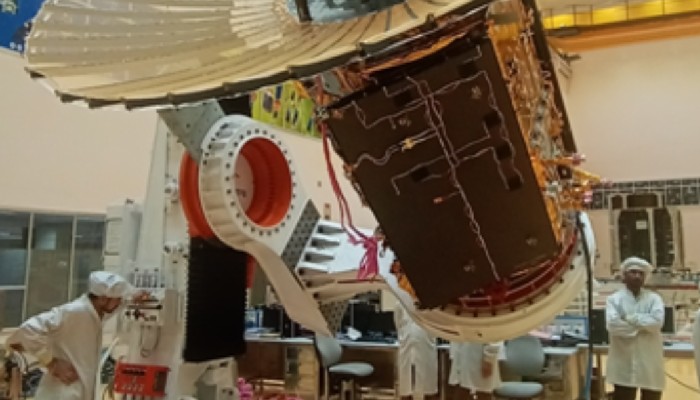 The Indian Space Research Organization (ISRO) has started phase one of the training of four Bhutanese engineers. The engineers are being trained under a joint India and Bhutan project to develop a satellite for Bhutan.

“Phase-I of the training will involve various theoretical and technical aspects as well as visits to laboratories and test facilities. Subsequently, the Bhutanese team will work with ISRO to formulate the second phase of training, which will involve activities towards developing the small satellite for Bhutan, INS-2B. 4,” said a statement by the Indian embassy in Bhutan.

The second phase of training will focus on developing the satellite for Bhutan--INS-2B. The satellite will be used to map the country's natural resources and for disaster management.

An India Bhutan Joint working group is implementing the project. These engineers are from Bhutan's department of information technology and telecom which comes under the Ministry of Information and Communication.

A release by the Indian mission in Bhutan said, "Cooperation in new frontiers such as space technology has been given an impetus by the leadership of the countries and will be bolstered further through the joint development of the small satellite for Bhutan."

Last month, during a virtual meet between the Indian and Bhutanese Prime Ministers, India announced that the small satellite will be launched in 2021 and for that as part of capacity building, ISRO will train 4 Bhutanese engineers.

The project was first announced during PM Narendra Modi's Bhutan visit in August 2019. During that visit, a ground Earth station for South Asia Satellite was inaugurated in Thimphu.

Prime Minister Modi and Bhutanese Prime Minister Lotay Tshering had jointly inaugurated the Ground Earth Station of the South Asia Satellite (SAS) in Thimphu, which was constructed with the support of ISRO.

The SAS was launched by India in 2017 as a gift to the countries in the South Asia region, including Bhutan. Recognizing the positive impact that the SAS would have on the socio-economic development of Bhutan in areas such as communication and disaster management, PM Modi had offered increased bandwidth on an additional transponder as per Bhutan’s requirements, as a gift to the people of Bhutan.

India accords high priority to its bilateral relations with Bhutan under the ‘Neighbourhood First’ policy. Cooperation in new frontiers such as space technology has been given an impetus by the leadership of the countries and will be bolstered further through the joint development of the small satellite for Bhutan.