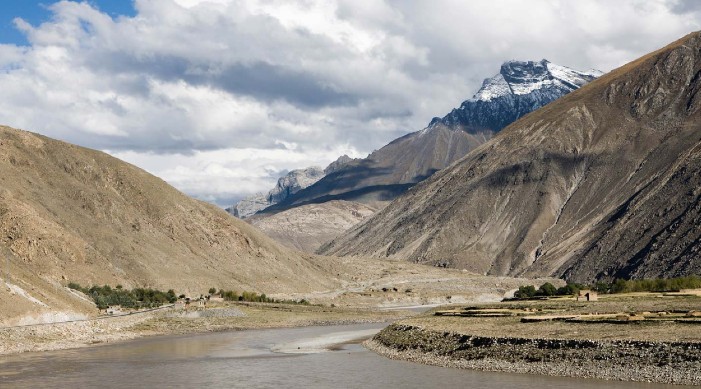 China is trying hard to hegemonize water map of Asia, taking advantage of its geographic location

China could turn off Asia’s tap as far as hydro hegemony is concerned, Brahma Chellaney, professor of strategic studies at the New Delhi-based Center for Policy Research and Fellow, said in his write up in The Japan Times.

As per the noted geopolitical expert, Asia has maintained a steady economic growth despite the COVID-19 outbreak. However, China’s move to construct dams and reservoirs on transnational rivers has started posing a serious threat to long-term economic prosperity of the continent. It is to be noted China recently revealed that it would construct a mega-dam on the Yarlung Zangbo or Brahmaputra River, thus, creating trouble for neighboring India.

He said China is trying hard to hegemonize the water map of Asia, taking advantage of its annexation of ethnic-minority homelands, like the water-rich Tibetan Plateau and Xinjiang Province.

With China diverting waters from the Illy and Irtysh Rivers, the diversion of water from the Illy would dry up Kazakhstan’s Lake Balkhash in less than 40 years, and would ultimately trigger a drought in Central Asia!

Similarly, China’s decision to build a dam on the Brahmaputra River, near the disputed and heavily militarized Sino-Indian border, would hit India hard. Chairman of China’s state-run Power Construction Corporation Yan Zhiyong recently hinted that Beijing would implement a 60-gigawatt project in the next five years. It seems that the proposed project would dwarf China’s Three Gorges Dam on the Yangtze River. However, its successful implementation would allow China to generate electricity almost three times higher than the current volume. Unfortunately, this particular project will be devastating for India by lowering the volume of water in the Brahmaputra River.

The project will also boost China’s aggressive strategy to corner India, as the mega hydro project in the Brahmaputra Canyon region will help the former manipulate trans-boundary flows in an effective way. It could further boost China’s claim to the adjacent north-east Indian Province of Arunachal in the coming days. Bangladesh, too, will face the heat as the Brahmaputra is the single largest freshwater source for the South Asian nation. Intensifying pressure on its water supply may prompt many from Bangladesh to take shelter in India.

Hence, as per the strategic expert, it is important to stop China from creating problems for its neighbors. Other Asian countries should put China under tremendous diplomatic pressure in an attempt to safeguard their own interests.