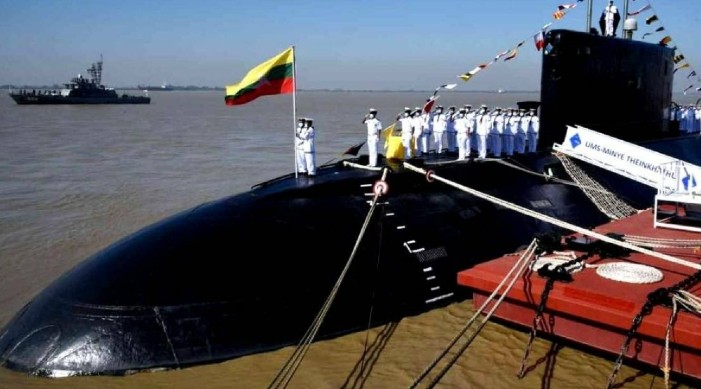 Myanmar has formally inducted a submarine handed over by India in October into the service of its navy.

The INS Sindhuvir was commissioned into the Myanmar Navy as UMS Minye Theinkhathu on Friday, the 73rd anniversary of the force, a report by WION published by DNA said.

While China has in the past provided defence-related assistance to several countries in the region including Pakistan, this is the first time India has given a submarine to any country.

This shows the growing defence cooperation with Myanmar, the report noted. The Indian side has also been training Myanmese Naval personnel.

Indian ambassador to Myanmar Saurabh Kumar was present along with senior officers of Myanmar's Navy during the induction ceremony.

Giving the specifications of the Kilo class submarine, the report said it has a displacement of 3,000 tonnes, a diving depth of 300 meters and top speed at 20 knots. It can operate for 45 days and is equipped with 40 km range wire-guided torpedoes and Klub anti-ship cruise missiles.