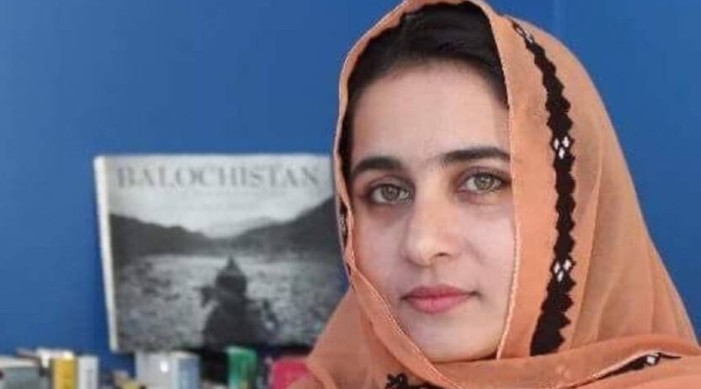 UN human rights bodies are under pressure from activists from across the world, asking them to call for a thorough probe into the Baloch activists’ murder

European Foundation for South Asian Studies (EFSAS), a think tank which is based in Amsterdam, has expressed serious concern over the recent killing of noted Pakistani Human Rights Activist Karima Baloch in Canada, saying that it is a wakeup call for multilateral UN agencies, such as the UN Human Rights Council (UNHRC) and the UN High Commissioner for Refugees (UNHCR).

In a statement issued by the EFSAS and carried by a news agency on December 25 stated that the killing of Karima sets a dangerous trend and it should be stopped at any cost.

The European think tank categorically said: “The killing of Pakistani dissidents abroad is a dangerous trend that urgently needs to be arrested. If left unimpeded, the trend could sneakily metamorphose into the norm rather than the exception, with the exception being horribly wrong and unwanted to begin with.”

The EFSAS strongly criticized the international bodies, saying it was unfortunate that the UNHRC was yet to put Canada under pressure for investigating the mysterious death of Karima, despite the fact that the Pakistani national was an important contributor to the dialogue within the UNHRC.

“If human rights activists continue to be bumped off as Karima was, there may be no one left to tell the UNHRC the important narrative of the Pakistani state's excesses,” stressed the Think Tank while recalling that before Karima,a Pakistan journalist-turned-activist was murdered in Sweden in April, 2020.

However, the reason of his death still remains a mystery. "Sajid Hussain Baloch, a Pakistani activist and journalist who often wrote on human rights violations in Balochistan and was living in self-imposed exile in Sweden, went missing on March 2, this year, and his body was found almost two months later in a river near the Swedish town of Uppsala.”

Sajid Hussain had left Pakistan in 2012 as he started receiving death threats for reporting on human rights violations, crime and corruption. As per media reports, Sajid Hussain had to leave behind his wife and children in Pakistan, and had spent years in exile in Oman, Dubai and Uganda before reaching Sweden in 2018. While working as a lecturer in Uppsala University, his Balochistan Times extensively documented drug smuggling, crime and militancy in Balochistan at the behest of ISI.

On December 21, the Toronto Police found Karima's dead body near Ontario Lake just a day she had gone missing. A couple of days ago, the Amnesty International urged the concerned authorities in Canada to carry out a thorough investigation into her suspicious death. For the last few years, Karima had been receiving death threats from the Pakistani intelligence agency, ISI.

Kenneth Roth, the Executive Director of Human Rights Watch, condemned the killing of the Baloch activist in Canada on Friday, stressing on the need for a thorough investigation into the case. On Twitter, he wrote: “A thorough investigation is needed as Karima Baloch becomes the second Pakistani dissident from Balochistan living in exile to be found dead this year. Her body is discovered in Toronto. Pakistani authorities had followed and threatened her in Balochistan.”