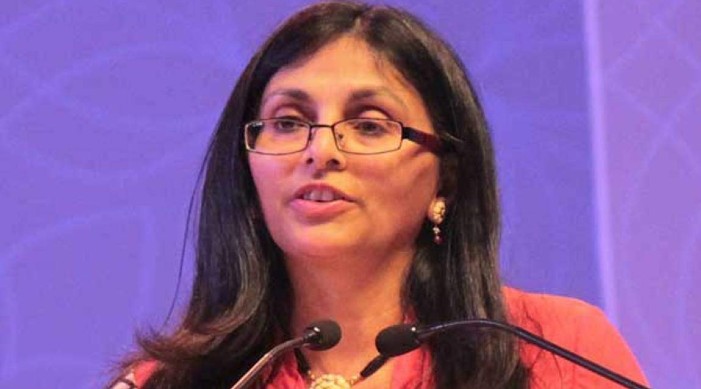 Built on the foundation of democratic values, India and the US have scaled new heights in their bilateral relations over the years

With Joe Biden getting ready to take charge as the US President in January 2021, India is gearing up for boosting ties with America. Nisha Biswal, the President of US-India Business Council, believed that relations between the two strategic partners would take a new shape under the leaderships of President-Elect Biden in Washington DC and Prime Minister Narendra Modi in New Delhi.

Speaking on the occasion of former Prime Minister Atal Bihari Vajpayee’s 96th birth anniversary, Biswal recalled that it was Vajpayee who had considered the US and India as “natural allies”, saying that then Prime Minister had rightly realized the special quality of the Indo-US partnership at various levels.

As far as bilateral trade and economic partnerships are concerned, Biswal stated that they are powered by the entrepreneurial talent of the peoples of the two friendly nations, especially in the field of technology. She expressed hope that their talents would help overcome global challenges in the coming days.

Biswal described Vajpayee as a visionary leader, insisting that he had not only reformed the Indian economy, but also removed trade barriers and pushed for greater divestment of State-run enterprises in an attempt to boost foreign investments in India. The former PM had done all these two decades ago!

Biswal was of the opinion that the Indo-US ties will have a greater impact on the Asian geopolitics. Without mentioning the deteriorating ties between India and China over the border issue, she stressed: “Will it be an Asia that will be at peace with itself? Or will it be a continent, where countries seek to redraw boundaries and settle claims - historical or imaginary - through force?”

She did not forget to mention that former Prime Minister Vajpayee wanted a peaceful Asia where no power would threaten the stability and security of another power. Unfortunately, the rising and unchecked China has started posing a serious threat to India’s stability. In this context, she stressed on the Indo-US partnership that is built on the foundation of democratic values of the two countries.

According to Biswal, this partnership can ensure a “more peaceful, prosperous and pluralistic Asia” in near future.

Later in 2014, Prime Minister Modi transformed the Indo-US partnership with his hard work and ambition.

“In PM Modi, India had a leader with the resolve and the political backing to take bold steps to reform the economy at home, and the confidence to assume India’s rightful place on the global stage. And in Narendra Modi, President Obama found a leader who was willing to overcome the ‘hesitations of history’ and take the US-India partnership to new heights. A leader, who could leverage India’s considerable clout with developing and emerging economies to tackle pressing challenges, like global climate change,” she told the audience.

Later, the Trump Presidency, too, worked hard to boost ties with India at various levels. Biswal is confident that the Biden Administration would maintain cordial ties with India in the post-COVID-19 scenario. “If we want the US-India partnership to stand the test of time and be that defining partnership of the 21st Century and beyond, we must build it to withstand the changing political winds that blow across our respective landscapes,” said the President of US-India Business Council.