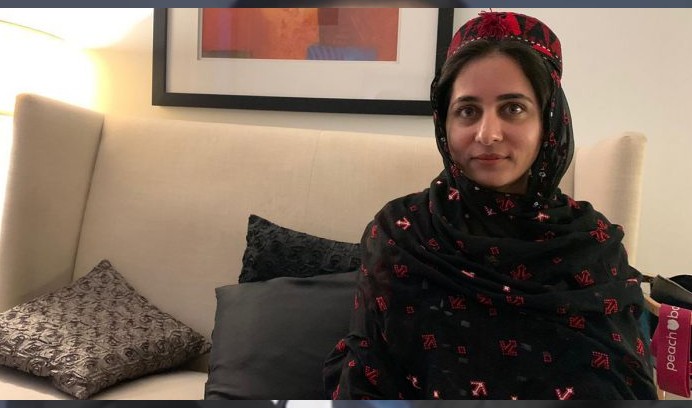 Body of Karima Baloch was found near Ontario Lake on December 21, a day after she had gone missing

Canada has come under tremendous pressure, as the global community and various organisations have started calling for a thorough probe into the mysterious death of Baloch activist Karima

Kenneth Roth, the Executive Director of Human Rights Watch on Friday asked for a thorough probe into the death of the slain activist.

On Twitter, Roth wrote: “A thorough investigation is needed as Karima Baloch becomes the second Pakistani dissident from Balochistan living in exile to be found dead this year. Her body is discovered in Toronto. Pakistani authorities had followed and threatened her in Balochistan.”

Meanwhile, some friends of Karima, whose body was found near Ontario Lake on December 21 morning after she had gone missing on December 20, staged protests in front of the Toronto police headquarters, demanding justice for the slain activist.

They raised posters, which read: “Who killed Karima Baloch? Pakistan”, “Pakistan Intelligence Get out of Canada”, “Toronto Police Do More Investigation” and “Justice for Karima Baloch.”

Ignoring the COVID-19 lockdown, several protesters gathered outside Toronto police headquarters on Christmas Eve. They slammed the Toronto Police for claiming that there was no foul play.

In a press release, the Hindu Forum Canada stated that Karima had received death threats and her family members and friends were abducted and murdered in Balochistan.

The protesters made it clear that Canada would have to investigate the case in a proper manner.