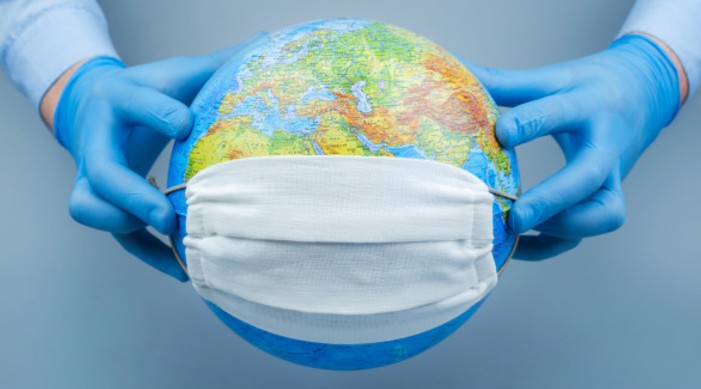 Chinese virologist, Dr. Li-Meng Yan, currently in hiding in the US, claims that the COVID-19 virus came from Chinese military labs

People's Republic of China, the breeder of the Covid-19 virus is going scot free. There is no doubt that it bred this virus in its laboratories and unleashed it on an unsuspecting world. It was used as a strategic weapon. In September 2020 a Chinese virologist, Dr. Li-Meng Yan, currently in hiding in the United States had publicly dismissed claims that the COVID-19 virus came from a wet market and said that she had evidence that it came from Chinese military labs.

Obviously the canons of the Convention on Biological Weapons have been violated. China is a signatory to these protocols. According to China, human to human transmission already existed when it began investigating SARS-COV-2 in late December last year.

Most unfortunately an otherwise criminal issue has become subsumed in intense global politicization whilst what was needed was through forensic investigation. As late as in October 2020, the WHO had been unable to obtain the concurrence from China to send its nominated experts to China which had only in mid-December seemingly relented to allow a team of 10 WHO nominated international scientists to travel to the Chinese city of Wuhan, hopefully in January 2021 to investigate the Covid-19 pandemic outbreak.

At the same time, as per the Johns Hopkins University data, there are over 36 million COVID-19 cases and over 1 million deaths due to the disease globally; whilst China subverts all attempts at independent global investigations. One is not certain whether the Chinese Health Authorities have divulged relevant data to the health regimes of capable countries.

In fact, on that aspect the chief epidemiologist of a very prominent hospital in Maharashtra petitioned the Supreme Court to direct the central government to obtain such data from the Chinese government so that the development of an appropriate vaccine could be expedited. Among several key issues contained in the petition was a very crucial plea was “It is necessary to study the Ground Zero (place from where the virus originated) for development of the vaccine by Indian medical scientists. This knowledge is necessary to develop an effective vaccine for coronavirus including its various mutations”. But, very unfortunately this petition was rejected.

It is quite likely that the Indian government wants to join a coalition of more than 60 other countries in backing a draft resolution that seeks to probe the Covid-19 outbreak and its origins. It had therefore, co-sponsored the resolution with Australia and the European Union. China vehemently continued to resist this action and the trail has nearly gone cold. Evidently an act of bio-warfare has succeeded in its objectives.

It had clearly been established that a very large number of infected persons from Hubei province in China of which Wuhan is major city were provided concessional rate tickets to travel on Chinese New Year holidays to destinations in USA and Europe especially when the virus was gestating in their systems. These countries woke to the menace only in late January and closed their borders to travelers from China. The damage was done with these virus borne factories.

Most surprisingly the virus has not impacted with the same venom the countries with which China maintains regular “projects with debt” relations. The statistics relating to the following countries, in which China is a major investor convey a vastly different picture.

Most importantly, can a WHO-led investigation discover a nefarious intent? Firstly, at this late juncture they would be taken through a guided tour and will arrive at conclusions which the Chinese government expects it to find. The real truth would be extremely difficult to unearth.

On the other hand, a detailed deliberation at the United Nations Security Council is likely to elicit far more realistic truth and on that path we would need a far potent campaign headed by the US.