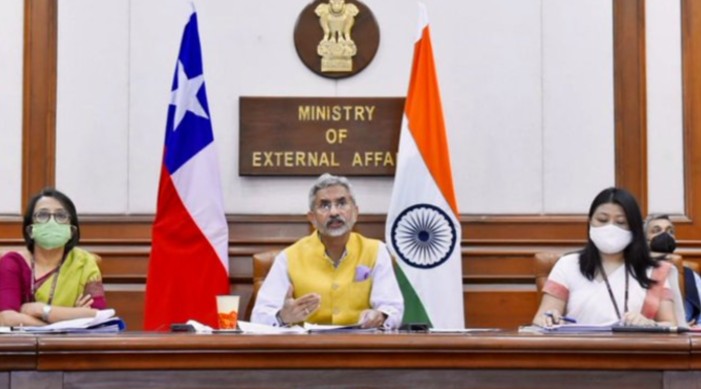 During the pandemic, India has shown how much it cares for its diaspora as it put in place the largest repatriation exercise in history

External Affairs Minister S Jaishankar said India takes its diaspora as members of its extended family and the country takes pride in their achievements.

“Pravasis are, in a manner of speaking, our extended family. They live abroad but remain deeply connected in heart and soul. As with family members, we take great pride in their achievements. And again, as we do with our near and dear, there is always a strong sense of responsibility towards their welfare,” Jaishankar said in his key address at PBD virtual conference ‘Forging Media and Entertainment Partnership to showcase India @75’ on Tuesday.

He said even during the pandemic, India cared for its diaspora and this was evidently seen when the country, responding to challenges strongly, put in place the largest repatriation exercise in history.

“If 3 million of our people came back to India through the Vande Bharat Mission, we also facilitated the return of more than 100,000 foreign citizens back to their homes. Many of them were Pravasis too,” the EAM said. While this showcased India’s caring nature, the country’s reputation as the pharmacy of the world got further enhanced when it provided medicines to more than 150 countries.

“My message is a simple one: In times of trouble, we stand with our people; we will do what it takes for their welfare; and this Government will deliver. And this is the attitude and capability with which we approach the Pravasi world as we near India@75,” the EAM said.

Talking about diaspora’s role in enhancing the image of India, he said, “Their individual and collective accomplishments are taken as our national traits abroad. In many ways, they interpret and explain what really happens in their Motherland. And that is why it is particularly important that all of us – those living in India and those abroad – pay attention to the media projection of key national developments.”

He said recent political outcomes show that people at large repose even higher trust in the central government. Yet he bemoaned that through distorted pictures and scaremongering attempts, the nation’s interest is tried to be hurt.

“On the ground, the delivery of financial and material assistance to the most vulnerable was done on a remarkable scale. Yet it was a story less than fairly captured when it came to the media abroad. Yes, in the end, the truth will always come out. But a more effective and accurate projection of our policies and record is clearly a pressing need,” the EAM said

In the last six years, he said India has undergone a very significant transformation.

“We have had a range of people’s campaigns that have addressed longstanding challenges of gender gap, digital gap, cleanliness, innovation and skills, etc. These have been paralleled by innovative schemes of financial and socio-economic inclusion, many of them on a scale without equal in history,” the EAM said

“Reforms have also been undertaken on a broad canvas, touching many domains of activity. Those in education, labour and agriculture are only the most recent in that regard. Making it easier to do business has created the basis for greater employment generation,” Jaishankar added.

“We have seen other bold steps in governance and administration that seek to tackle issues left over by history. Together, these changes have the potential of enabling India to develop the strengths and capabilities that should naturally accompany the growth of its economy,” the EAM added.