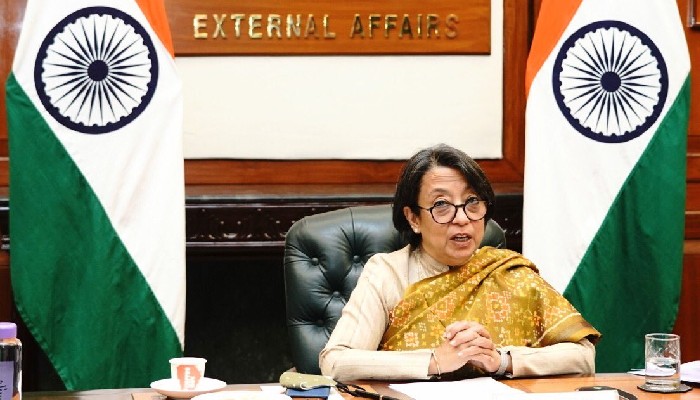 India and South Korea on Wednesday held talks through video conference and reviewed bilateral cooperation in the field of defense and security cooperation. The two countries also discussed international issues of mutual interests, including Covid-19 response and coordination in multilateral forums.

During the consultations, while India was led by Riva Ganguly Das, Secretary (East) in the Ministry of External Affairs, South Korea was represented by the country’s First Vice Foreign Minister Choi Jong-kun.

Both sides agreed to further strengthen the high level exchanges in 2021 and deepen mutually beneficial cooperation, including the areas of defence and in particular on enhancing defence industry cooperation.

They also exchanged views on cooperation in the context of COVID-19, including facilitating essential air travel between the two countries.

Vice Minister Choi highlighted the steps being considered by the ROK Government to further relax the travel restrictions for foreigners including Indian citizens traveling to Republic of Korea, restrictions on numbers per flight and categories of visas.

Vice Minister Choi appreciated the leadership role played by India in tackling common global challenges such as Climate Change and Disaster Management through its initiatives such as International Solar Alliance (ISA) and Coalition for Disaster Resilient Infrastructure (CDRI) and indicated ROK's willingness to continue to work with India on these issues.