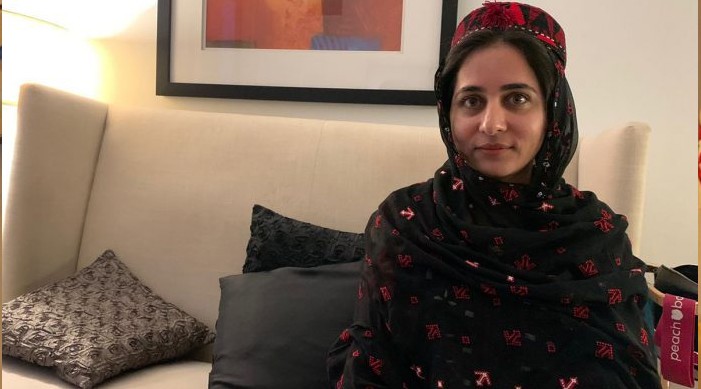 Well-known Baloch activist Karima Baloch, who had been vocal about Pakistan Army and government atrocities in Balochistan, was found dead in Toronto, Canada, The Balochistan Post reported

Karima Baloch was the first female chairperson of the Baloch Student Organization. She became the leader of BSO in 2014 after the organization’s leader Zahid Baloch was allegedly abducted.

In 2016, she escaped from Pakistan with the help of a few friends and Baloch activists and took refuge in Canada.

She was a famous personality in Balochistan, believed to be the pioneer of women activism in the area. She had also raised the issue of Balochistan in the United Nations sessions in Switzerland.

Karima had made headlines in India after reaching out to Prime Minister Narendra Modi through a video message on the occasion of Raksha Bandhan in 2016. "On this day I have come to you and would like to say that we consider you as our brother. And we expect that you become the voice of Baloch genocide, war crimes in Balochistan, human rights violation in international forums and become the voice of those sisters whose brothers are missing," Karima said in a video message. She had added that they wanted the PM to "be our voice and make the voice heard in any part of the world".


In an interview in 2019, she had accused Pakistan of taking away the resources and eliminating the people of Balochistan, the province with immense geo-strategic importance and huge untapped natural resource reserves.

The sudden death of the activist has made netizens on social media raise concerns. While some are holding Canadian Prime Minister Justin Trudeau responsible and demanding answers from him, others noted the fact that she is only the latest casualty in a long list of dissenters who have passed away or gone missing. In May, Baloch journalist Sajid Hussain was found dead in Sweden. He had been missing from the city of Uppsala since March 2.

Meanwhile, the spokesperson of the Baloch National Movement said that the martyrdom of Karima Baloch, a BNM leader living in exile in Canada and former chairperson of Baloch Student Organisation (BSO), is a great loss to the Baloch nation and the national movement.

"With the death of Banuk Karima, we have lost a visionary leader and a national symbol. Compensation for this great loss is impossible for centuries," said the statement of the spokesperson.