How Pakistan, China's project turned Balochistan into land of disappeared 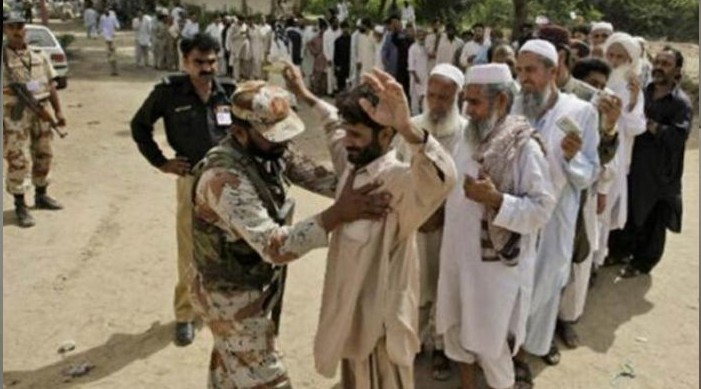 How thousands of Balochs who opposed Chinese investments on their land disappeared, a WION report decoded.

Balochistan, in Pakistan's southwest, is the largest and most resource-rich province in Pakistan. For more than 60 years, Balochs have fought for their independence. However, their movement has caused gross human rights abuses.

‘The land of the Baloch’ or the province of Balochistan was divided into four princely states, which were forcefully acceded to Pakistan.

Despite being rich in natural resources, it is the most backward region in Pakistan. Pakistan security forces are accused of illegally detaining thousands of men, women, and children in Balochistan.

The conflict between Balochs and the Pakistani administration intensified due to CPEC as billions of dollars of Chinese money is flowing into the region.

The project will provide jobs to outsiders and the locals will be pushed further into the margins.

The WION report quoted vice-president of Human Rights Commission of Pakistan in Karachi Asad Iqbal Butt as saying, "CPEC has ignited it because Balochistan is not receiving any share, even labor is being brought from Punjab or Chinese workers are working, there is no trust in Baloch workers, they are not being given work over there so that it is creating more hatred.”

In the middle of the conflict, civilians have suffered the most. In 2019, Baloch rebels stormed into a luxury hotel overlooking a flagship CPEC project in Gwadar, and in June this year, Baloch insurgents targeted the Pakistan Stock Exchange.

The attacks were claimed by the Balochistan Liberation Army, but it is the innocent civilians who have suffered the most. They get picked up by authorities on the slightest of doubt.

The report noted that a new wave of injustices can be seen in Balochistan as Pakistan is keen on protecting its business interests with China. And Balochistan has turned into the land of the disappeared.

Read the full report in Wionews