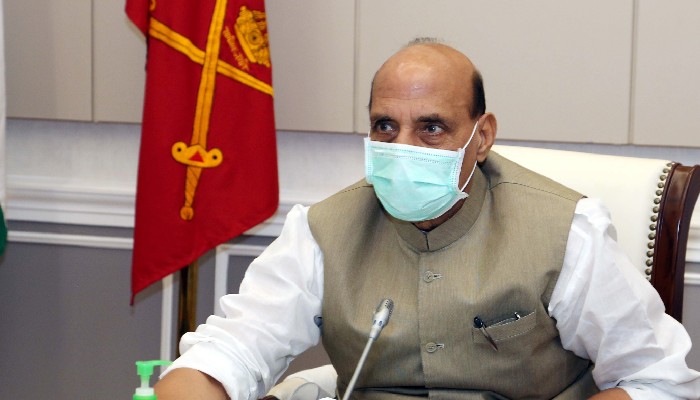 “The two Ministers exchanged views on the security situation in the region and the need for a free and open maritime order based on the rule of law,” said a statement by the Ministry of Defence.

During the telephonic conversation, the Ministers reviewed the progress on various bilateral defense cooperation initiatives and expressed commitment to further elevate engagements between the Armed Forces under the framework of the India-Japan Special Strategic and Global Partnership.

Both Ministers welcomed the successful conduct of JIMEX 2020, MALABAR 2020, and also the recent successful visit of the Chief of Staff, JASDF to India.

They expressed satisfaction at the signing of the Agreement on Reciprocal Provision of Supplies and Services in further promoting defense ties between the two countries and agreed to look forward to even greater cooperation in this field.

Kishi has recently taken charge as the defense minister of Japan. Speaking with his Japanese counterpart, Singh congratulated Kishi on his appointment and expressed satisfaction at the ongoing defense cooperation between the two countries despite the limitations imposed by COVID 19.

Singh also tweeted about his telephonic conversation with Nobuo.

"We expressed satisfaction at the ongoing defense cooperation between the two countries. India is committed to further elevate engagements with Japan under the Special Strategic & Global partnership framework," he said in a tweet.

Spoke on phone to Japan’s Defence Minister, Mr Kishi Nobuo. We expressed satisfaction at the ongoing defence cooperation between the two countries. India is committed to further elevate engagements with Japan under the Special Strategic & Global partnership framework.

The two sides have developed close cooperation in defense, over the past several years.

They also discussed the possibility of enhancing joint exercises and training between the two Air Forces. A broader cooperation for strengthening collective response to Humanitarian Assistance and Disaster Relief (HADR) contingencies was also discussed