China's 'tacit' admission of India's supremacy in the Indian Ocean 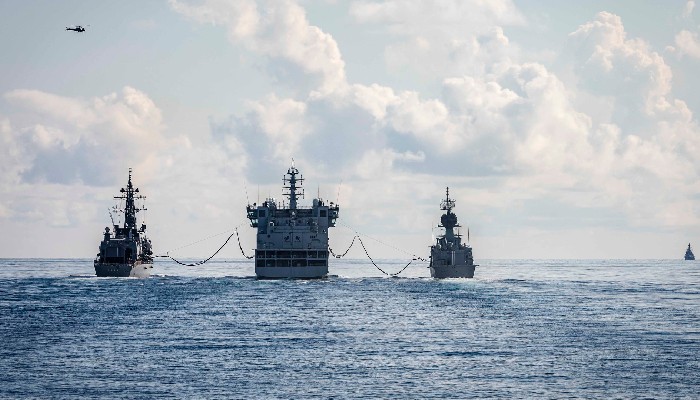 India has "unique geographical advantages" in the Indian Ocean, Chinese Communist Party (CCP) mouthpiece Global Times has said in what can be seen as a tacit acceptance of the reality on the ground.

According to a report by WION, the article published on December 17 quotes Hu Shisheng, a director at the Institute for South Asian Studies at the China Institutes of Contemporary International Relations, as saying, "India has also taken the lead in planning small-scale multilateral cooperation mechanisms in the Indian Ocean”.

"India wants to be the net security provider of the Indian Ocean," the Global Times article goes on to say. The article titled “India changes attitude toward multilateral mechanisms for global ambition” also refers to India’s ‘Sinophobic, pro-West’ diplomacy.

The WION report, however, points out that instead of seeing India “drifting away,” Beijing should not forget how it opposed New Delhi's bid for Nuclear Suppliers Group (NSG) or the UN Security Council.

An increasingly aggressive China also violated agreements for the Line of Actual Control (LAC) in 2020 and its army indulged in violence that saw 20 Indian soldiers killed in action in Galwan Valley, the report says.

It also refers to how, under the groupings of IORA or Indian Ocean Rim Association to the Indo-Pacific construct, "New Delhi has been able to leverage the advantage with more and more countries joining Indian led initiatives".

The report points out that the recent Quad meetings and Australia's participation in the Malabar Naval Exercise 2020 have left China worried.

India's Information Fusion Centre (IFC) at Gurugram, which keeps an eye on the movement of ships in the Indian Ocean, provides real-time information in the region, the report adds.