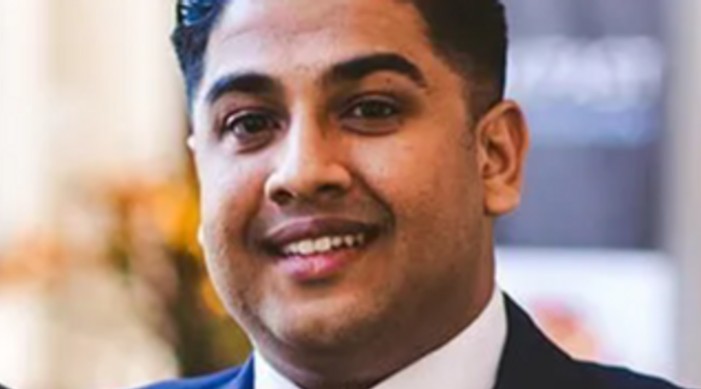 President-elect Joe Biden on Friday named Indian-American Vedant Patel to be the Assistant Press Secretary while announcing the additional members of the White House Communications and Press Staff.

Presently, Patel is the senior spokesperson of the Biden Inaugural and has been a part of the Biden Campaign where he served as Regional Communications Director.

He served as the Nevada and Western Primary-States Communications Director during Biden’s primary campaign.

Patel is one of the 16 appointments announced by Biden to his White House communications and press staff.

Announcing the additional members of the White House Communications and Press Staff, Biden said, “Restoring faith in government by speaking honestly and directly to the American people will be a hallmark of my administration. Our communications and press staff are integral to this effort and are committed to building this country back better for all Americans. I’m proud to have them serve the American people in the White House.” He was quoted as saying in a PTI report carried by Hindustan Times.

Meanwhile, Patel is another addition to the list of several Indian Americans in President-elect Biden’s administration.

Without a doubt, Biden-Harris' victory in the US made the Indian Americans brim with joy as Kamala Harris became the first Indian-origin woman to be elected as the Vice President of the United States.

Besides, Neera Tanden (50) has been appointed OMB (Office of Management and Budget) secretary in the Biden-Harris administration. Born to immigrant parents in Bedford, Massachusetts, Tanden has held various key positions within the Democratic party.

Indian-American surgeon Vivek Murthy has found a place as co-chair in Biden’s Covid-19 task force of which Celine Gounder and Atul Gawande will also be a part.

Apart from the Biden-Harris coronavirus task force, Americans of Indian origin have also been appointed to key positions in other departments.

A former Google executive Arun Majumdar will be leading the Department of Energy ART while Rahul Gupta is overlooking the transition of the Office of National Drug Control Policy.

Similarly, Kiran Ahuja has been appointed to the Office of Personnel Management, Mala Adiga as police director for First Lady Jill Biden, and Pavneet Singh to the National Security Council.

Further, Bhavya Lal has been named as a member of Joe Biden’s Presidential transition team to help with the transition over the National Aeronautics and Space Administration (NASA) in the upcoming US government.

Arun Venkatraman has been assigned roles in the commerce department. Venkatraman works in government relations at Visa and is seen as someone who will be a bridge between the administration and Wall Street.