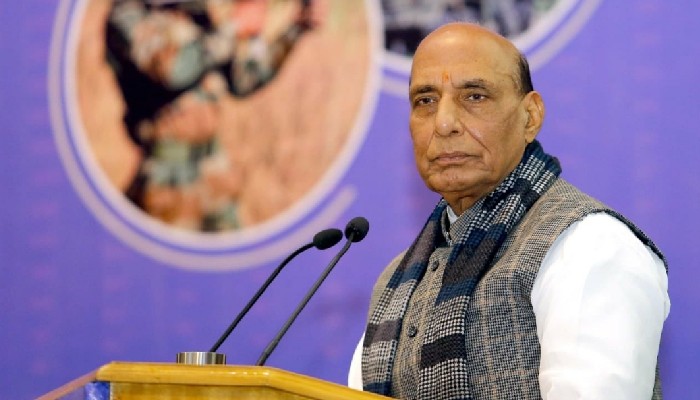 According to the Ministry of Defence, the development of these high technology systems has led to higher self-reliance in defence technologies.They have completed the design and development cycles and are being deployed by the three services.

The system provides Maritime Operational Picture from the Naval HQ to each individual ship in sea to enable Naval Command and Control (C2). The system has been conceptualised and developed by the Centre for Artificial Intelligence & Robotics (CAIR), Bengaluru and the Indian Navy. The project was implemented by Bharat Electronics Limited (BEL), Bengaluru, said a statement by the Ministry of Defence.

The ASTRA Mk-I provided to the Indian Air Force is the indigenously developed first Beyond Visual Range (BVR) Missile. It can be launched from Sukhoi-30, Light Combat Aircraft (LCA), Mig-29 and Mig-29K. "Globally, very few countries have expertise and capabilities to design and produce this class of weapon system," the ministry pointed out.

It described the successful development of the ASTRA weapon system by the Defence Research & Development Laboratory (DRDL) Hyderabad & production by Bharat Dynamics Limited (BDL), Hyderabad as a major contribution towards the ‘Atmanirbhar Bharat’ campaign.

BOSS, an all-weather electronic surveillance system, has been deployed by the Indian Army in border areas in Ladakh day-and-night surveillance. Designed and developed by the Instruments Research & Development Establishment (IRDE), Dehradun, the system facilitates monitoring and surveillance by automatically detecting the intrusions in harsh high-altitude sub-zero temperature areas with remote operation capability. The system is being produced by Bharat Electronics Limited (BEL), Machlipatnam.

The DRDO Lifetime Achievement Award 2018 was conferred on N V Kadam for his contributions for developing control and guidance schemes for missiles. In addition to this, excellence awards were given to academia and industry for technology absorption.