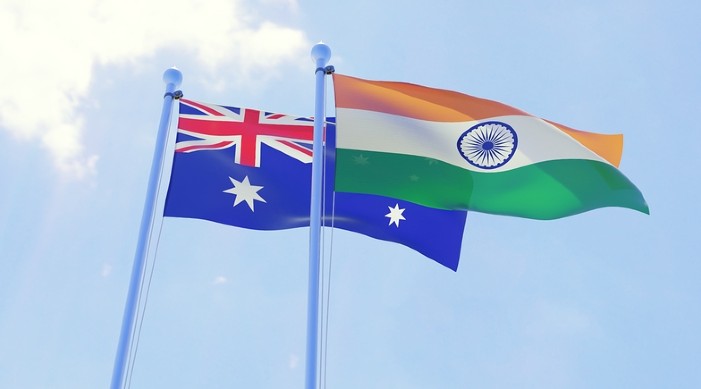 In an oblique reference to Pakistan, India and Australia strongly condemned terrorism in all its forms and manifestations and emphasized the need for strengthening international cooperation to combat terrorism in a comprehensive and sustained manner. Both sides condemned the use of terrorist proxies for cross-border terrorism.

During the 12th meeting of the India-Australia Joint Working Group on Counter-Terrorism on Thursday, the two sides also reviewed threats posed by UN-sanctioned terrorist entities and emphasized the need for concerted action against all terrorist networks.

The two sides also exchanged views on proscription of terrorist individuals and entities as a tool to combat terrorism.

Earlier on June 4, both sides had underlined their commitment to coordinate and collaborate to counter terrorism, as set out in the Joint Statement on a Comprehensive Strategic Partnership between India and Australia made by Prime Ministers Modi and Morrison at the Leaders’ Virtual Summit.

At the Joint Working Group, India and Australia underlined the urgent need for all countries to take immediate, sustained, verifiable and irreversible action to ensure that no territory under their control is used for terrorist attacks and to expeditiously bring to justice the perpetrators of such attacks.

Australia reiterated its condemnation of terrorist attacks in India, including 26/11 Mumbai, Pathankot and Pulwama and reiterated its support for the people and the government of India in the fight against terrorism.

The two sides also exchanged views on proscription of terrorist individuals and entities as a tool to combat terrorism. Australia also reiterated its support for the people and the government of India in the fight against terrorism.

At the meeting, both sides also discussed ways to strengthen international cooperation to combat terrorism in a comprehensive and sustained manner as they condemned terrorism in all its forms and manifestations.

The two sides also discussed counter-terrorism cooperation in multilateral fora such as the UN, G-20, GCTF, ARF, IORA and FATF, as well as in the Australia-India-Japan-US consultations, and ways to further enhance this cooperation.

The meeting was also led by Mahaveer Singhvi, Joint Secretary for Counter Terrorism in the Ministry of External Affairs of India and Tony Sheehan, Deputy Secretary International Security, Humanitarian and Consular Group in the Department of Foreign Affairs and Trade of Australia.

The examples of the same are the various maritime exercises held recently between the countries. Both nations participated in the PASSEX exercise. Similarly, Australia for the first time since 2007 participated in the Joint Naval Exercise Malabar 2020.