Indo-Pacific is not tomorrow's forecast but yesterday's reality: EAM Jaishankar 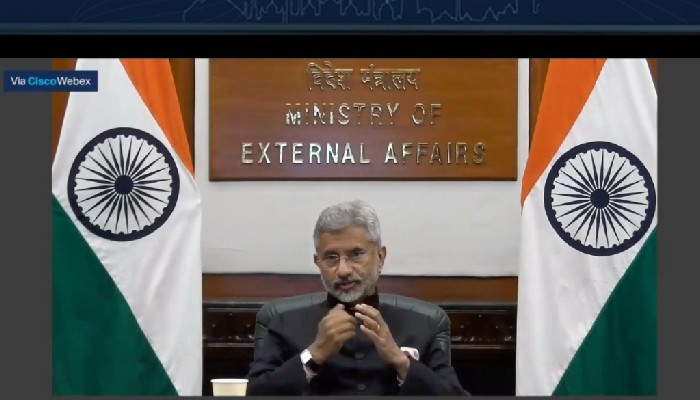 The Indo-Pacific is not tomorrow's forecast but yesterday's reality, External Affairs Minister S Jaishankar said on Thursday, adding that denying it was tantamount to refuting globalisation.

Addressing the CII Partnership Summit 2020, he said that the Indo-Pacific region captures a mix of India's broadening horizons, widening interests and globalised activities, and denying it is tantamount to refuting globalisation.

"Many would agree with us, others could offer additional justification. Indo-Pacific, for some, can also be resource optimization in an enlarged arena. Or just a desire to contribute better to global challenges that now transcend old boundaries. Many have also chosen in that process to reaffirm basic principles like rule of law. What is worth recognizing however is that analysis lags behind developments: as I have said before, Indo-Pacific is not tomorrow's forecast but yesterday's reality," he said.

"Whether it is the yardsticks of trade and investment, connectivity and travel, or politics and security, what begins in the Pacific no longer ends there and the same holds true for the Indian Ocean," he explained.

According to the External Affairs minister, "the Indo-Pacific is actually a bread-and-butter expression of our political, economic, connectivity, travel and societal interests. And it relies heavily on ensuring the safety and security of the maritime domain".

Jaishankar was of the view that the active debate on Indo-Pacific should be treated as a recognition of reality. "Quite appropriately, much of it revolves around the ASEAN, whose East Asia Summit initiative has long had its own Indo-Pacific connotations," he said.

Pointing out that many countries were focused on building practical cooperation, he said that a safe, secure and stable maritime space is a necessary condition for peace, security and prosperity.

"Conversely, threats there imperil human security in all its dimensions, whether by disrupting commerce, disturbing the ecology, or creating disputes over ownership and rights. In our interdependent world, the complexity of such challenges has become too large for any one nation to address by itself," he said.

On trade, the External Affairs Minister said that the Indo-Pacific is central to India's exports and imports.

"We have a number of FTAs in place, but chose not to join the RCEP after weighing the pros and cons carefully. The focus today is in attracting more investments and technology partnerships as part of Atmanirbhar Bharat. The PLI schemes could make a big difference there, as indeed our continuous efforts at making it easier to do business," he said.

EAM Jaishankar also spoke about India's push to realize greater connectivity in the region. In this context, he referred to the US$ 1 billion Line of Credit for connectivity projects in ASEAN, the trilateral highway project connecting India-Myanmar-Thailand, and plans to build connectivity between the Andaman & Nicobar Islands and Aceh in Indonesia.