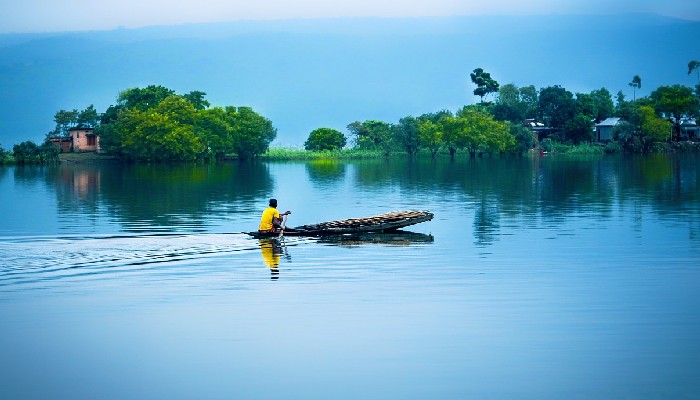 India and Bangladesh discussed ways to enhance cooperation in water resources, power, and energy during the virtual summit between Prime Minister Narendra Modi and his Bangladeshi counterpart Sheikh Hasina on Thursday.

Bangladesh highlighted the need for early signing of an interim agreement for sharing of the Teesta waters, as agreed upon by both governments in 2011 while PM Modi reiterated India’s sincere commitment and continued efforts of the Government of India in that regard.

According to the joint statement issued after the virtual summit, the two leaders underscored the need for early conclusion of Framework of Interim Agreement on sharing of waters of six joint rivers, namely, Manu, Muhuri, Khowai, Gumti, Dharla, and Dudhkumar.

The Bangladesh side requested the Indian side to inform its concerned border authorities to allow excavation work of the remaining portion of the Rahimpur Khal for utilization of Kushiyara River waters for irrigation purposes.

The Indian side was also requested to provide early concurrence on the proposed MoU to be signed between the two countries for monitoring the withdrawal of water from the Kushiyara River by both sides, pending the signing of the Treaty/Agreement regarding the sharing of water of the Kushiyara River.

Recalling the positive contribution of the Joint Rivers Commission (JRC), the two leaders looked forward to the next round of Secretarial level JRC meeting at the earliest.

Both leaders further expressed satisfaction at the robust cooperation in the power and energy sector, including the private sector.
“It was agreed to expedite implementation of projects including India-Bangladesh Friendship Pipeline, Maitree Super Thermal Power Project as well as other projects,” the statement read.
Further, both sides welcomed the signing of the Framework of Understanding on Cooperation in the Hydrocarbon Sector which would further augment energy linkages by streamlining investments, technology transfer, joint studies, training, and promoting hydrocarbon connectivity.

It was also agreed to enhance cooperation in energy efficiency and clean energy, including in biofuels, the statement said.

In line with the commitment of both countries to move towards green, clean, renewable sources of energy, it was agreed to strengthen sub-regional cooperation including with Nepal and Bhutan.

Both sides also agreed to strengthen cooperation in the area of power and energy connectivity.