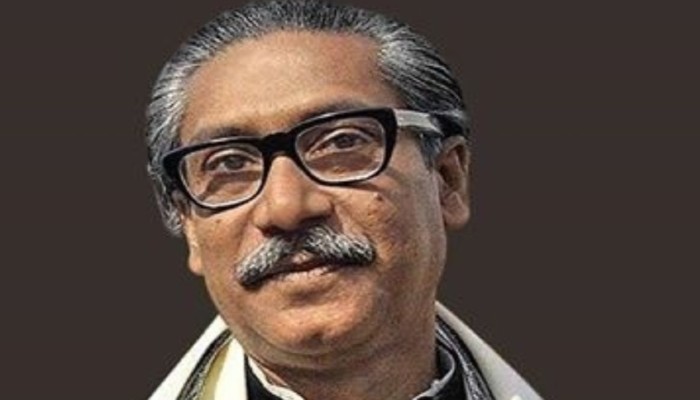 India and Bangladesh signed a Memorandum of Understanding (MoU) in January 2020 for the co-production of the biopic on Bangabandhu Sheikh Mujibur Rahman.

The filming of the biopic on Bangabandhu Sheikh Mujibur Rahman, under the direction of Indian film director Shyam Benegal, will commence in January 2021, India and Bangladesh noted today during a virtual summit held by Prime Minister Narendra Modi and his Bangladeshi counterpart Sheikh Hasina.

The decision was made during the virtual summit held between the two to discuss all aspects of bilateral relations, and exchanged views on regional and international issues.

India and Bangladesh signed a Memorandum of Understanding (MoU) in January 2020 for the co-production of the biopic on the father of Bangladesh Bangabandhu Sheikh Mujibur Rahman.

India and Bangladesh have much in common. Both nations share common cultures and common history and a common war of 1971. The year 2021 will be the 50th anniversary year of the Liberation War of 1971.

Considering the same, both nations decided to commemorate the 50th anniversary of the war as well as the establishment of diplomatic relations between India and Bangladesh. The nations agreed to jointly organize several activities to commemorate these two epochal events in India, Bangladesh and other countries.

Bangladeshi PM Sheikh Hasina requested the Indian side to consider Bangladesh’s proposal to name the historic road from Mujib Nagar to Nodia on Bangladesh-India border as ‘Shadhinota Shorok’ commemorating the historic significance of the road during Bangladesh’s Liberation War.

The leaders of both nations jointly unveiled a commemorative postal stamp issued by the Government of India on the occasion of the birth centenary of Bangabandhu Sheikh Mujibur Rahman.

PM Sheikh Hasina expressed her gratitude towards India for organizing various events on the occasion of ongoing ‘Mujib Borsho.’

Similarly, PM Narendra Modi thanked the Government of Bangladesh for issuing a stamp in honour of Mahatma Gandhi on the occasion of Gandhi's 150th birth anniversary celebrations earlier in September 2020.

In order to commemorate the occasion, an introductory video on the digital exhibition on Mahatma Gandhi and Bangabandhu, was also screened during the summit.

The leaders expressed hope that the exhibition which is to be mounted in various cities of Bangladesh and India and in selected cities worldwide, as well as at the United Nations, will inspire values of justice, equality and non-violence, particularly amongst the youth.

Apart from that, both sides reiterated to continue regular exchanges of groups to promote culture, education, science and technology, youth and sports and mass media.