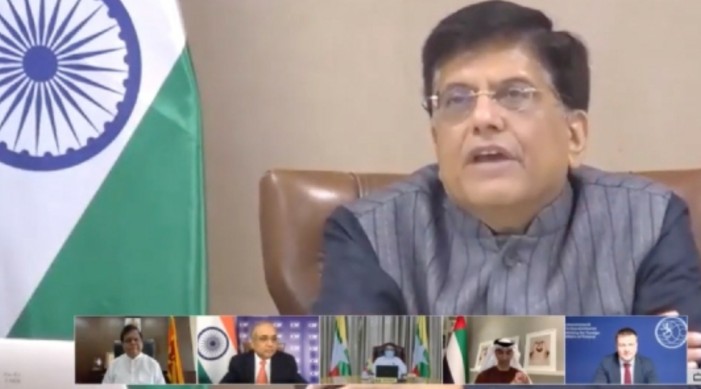 Foreign Direct Investments (FDI) inflows into India have been growing continuously and the trend was visible even during the peak of the COVID-19 pandemic, Union Minister of Commerce and Industry Piyush Goyal said on Tuesday as he invited foreign investors to be a part of India’s growth story.

“Even during the first nine months of this year, at the peak of the COVID-19 pandemic, our FDI has grown and we have today one of the most facilitative and congenial FDI policies in the world,” Goyal said while addressing the inaugural session of the Confederation of Indian Industry (CII) Partnership Summit 2020.

The minister said that 100 percent FDI is allowed through automatic route in almost all sectors. For certain sectors such as telecom, media, pharmaceuticals, and insurance, government approval is required for foreign investors.

"During the April-September period, FDI inflows are at $40 billion, which has been higher than last year by about 13%. Last year, we announced one of the most attractive tax rates available anywhere in the world at 22% tax for businesses in India and 15% tax for new manufacturing facilities set up after October 2019,” he added.

He welcomed the foreign investors to India and assured complete assistance during their journey in this land of opportunities. The Minister pointed out that India has been systematically opening up new sectors of the economy to global investors and encouraging businesses through strategic relationships with different investment partners.

Dwelling on the theme of the partnership summit, which is about partnerships for lives, livelihoods, and growth, Goyal said that this will help all the partners in the joint endeavor to get our economies back on the growth path and encourage new opportunities.

“Our aim is not only to grow sustainably at high levels but achieve the target of becoming a $5 trillion economy by 2025. Historic reforms in different sectors will hold the country in good stead in our effort to improve the prosperity levels of the people. India does not wish to miss the sunshine under the warm sun that India is blessed with. We believe in the new world there will be new thinking, new opportunities for growth. Alone, we can accomplish little but together our reach may exceed anyone's imagination. This is the time to be in India, this is the time to expand your presence and investments in India. India is a land of opportunities,” he said.

The Partnership Summit 2020 has been organized by CII virtually from December 15 to December 18. This edition of the event marks the completion of 125 years of CII.

Speaking at the summit, Finland’s Minister for Development Cooperation and Foreign Trade Ville Tapio Skinnari said: “I would like to encourage India to continue on the path for deeper economic reforms and open economy”.

On the proposed free trade agreement between India and the European Union, Skinnari said both sides should set a time for a high-level dialogue to discuss differences about the pact as soon as possible.


India has many strengths in IT, vaccine production & manufacturing. India & Finland share great investment relations and we are determined to deepen our ties~ HE @VilleSkinnari , Minister for Development Cooperation & Foreign Trade, Finland at #CIIPartnershipSummit2020 pic.twitter.com/hioRM4p1fD


The Minister of State for Foreign Trade of the United Arab Emirates said, “India and the UAE have strong trade, investment, and remittance ties and we believe this has much more potential.”


“To effectively tackle the pandemic, the world requires co-operation and not isolation, and India-UAE relationship is an example of this. The bilateral trade between the two countries has increased from 180 ml in the 1970s to 59 bl USD in 2019,” he added.