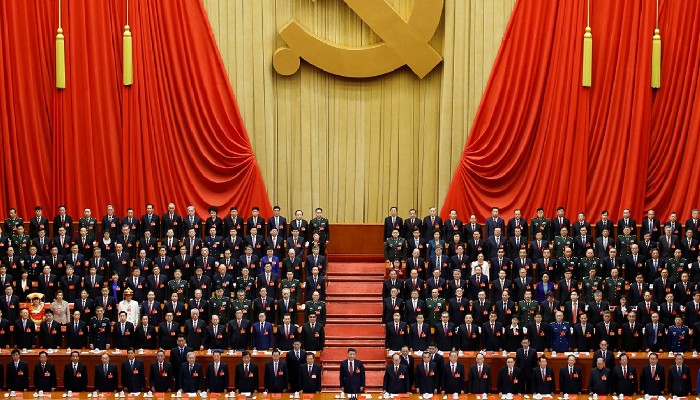 Communist Party of China members during a meeting in Beijing

Members of the Communist Party of China have infiltrated some of the world's biggest companies and government organizations, revealed a report

Top international companies like Boeing, Volkswagen, Rolls Royce, Jaguar Land Rover, Pfizer, AstraZeneca, ANZ and HSBC and Standard Chartered banks- have been infiltrated by 1.95 million registered members of the Communist Party of China for intelligence purposes, a “leaked database” carried out by The Australian and the UK’s The Sunday Mail has disclosed.

Citing an extraordinary “leaked database” of the Inter-Parliamentary Alliance on China, an international cross-party group of legislators, Australia and the UK-based news outlets have reported that loyal members of the CPC are also working with the world’s top universities and consulate offices.

It is believed to be the first leak of its kind in the world and it shows how the CPC operates under President and Chairman Xi Jinping. What’s alarming is that the CPC has set up around 79,000 branches inside these international companies. This apart, as per the leaked database, around 600 CPC members work in banks like HSBC and Standard alone.

In fact, the database was originally leaked on Telegram, the encrypted instant messaging app, and passed in September by a Chinese dissident to the Inter-Parliamentary Alliance on China, which comprises more than 150 legislators around the world who are concerned by the influence and activities of the Chinese government.

Upset by such expose, Global Times, China’s state controlled English daily, has termed the leaked database by The Sunday Mail and The Australian as a “massive privacy breach.” Calling it as “Western media hype”, Global Times said evidence of CPC-sponsored intelligence activities, has failed to provide that “any of the 1.95 million is connected to intelligence affairs.

“Some Western media, using an alleged name list of 1.95 million members of the CPC, have launched a new round of witch hunts by accusing the people on the list of working in foreign consulates in China and foreign companies’ Chinese branches for intelligence purposes, even though the authenticity of the database has been highly questionable,” Global Times said in its report.

This is seen as China’s attempt to hide the fact. But it has alarmed the security agencies around the globe, given that increasing number of Chinese nationals have been charged in the US, the UK and other countries over their alleged spying activities. Recently, US Director of National Security John Ratcliffe warned that China posed the “greatest threat to democracy and freedom” since the World War II and was striving to dominate the “planet economically, militarily and technologically.”