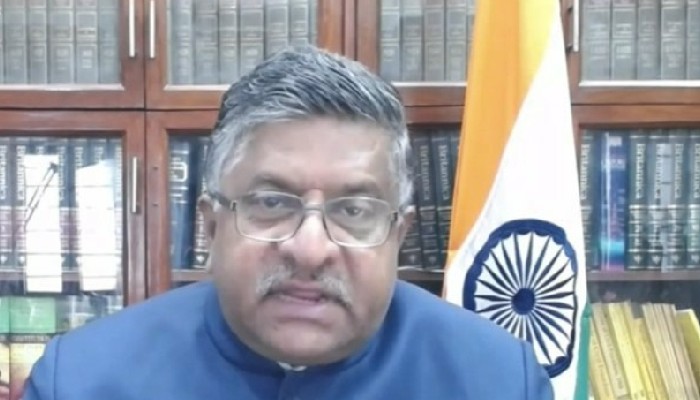 Union Minister for Electronics and Information Technology and Communications, Ravi Shankar Prasad today set a new vision for India to become a hub of manufacturing of electronic components as well as mobile phones and to surpass China in the years to come.

Speaking at the 93rd Annual Convention of FICCI, he said that now his vision is to have India emerge as a big hub of manufacturing of other electronic components. FICCI later tweeted about the same.

Now my vision is to have India emerge as a big hub of manufacturing of other electronic components: Shri @rsprasad, Minister for Law & Justice, Communications and Electronics & Information Technology at #FICCIAGM pic.twitter.com/lWWZVBry8I

The IT Minister also said that India can now aim to surpass China in the field of mobile manufacturing. He said that it is now possible as the production-linked incentive (PLI) scheme is attracting major global investors in the segment to India. The government is looking to expand the scheme to other sectors as well, he said.

“We wanted India to become the second largest mobile manufacturer in the world. Now I am pushing India to surpass China. That’s my goal and I am very clearly defining it,” the minister said.

The PLI scheme has been started by the government to attract companies to shift manufacturing units to India by giving eligible companies sops of around Rs 48,000 crore.

Under the scheme, around 16 proposals have already been cleared by the government which involve an investment of Rs 11,000 crores. The proposals look forward to manufacturing mobile phones worth Rs 10.5 lakh crore over the next five years, Prasad said.

These projects will provide three lakh direct and six lakh indirect jobs, he added. “Production has already started,” he said.

The union IT minister also commented on the usage of Artificial Intelligence and the use of data. He said, “AI must be used with a lot of inclusiveness in India.”

It should be leveraged in areas like farming, weather forecasting, education, and healthcare. “AI must have a connect with human minds and human ethics,” he said further.

Maintaining that the government was very keen to develop India as a robust data-driven economy of the world, he pointed out that the production of data “must clearly work within the limits of the element of consent.”

“Data is going to determine the future course of digital growth,” he said.