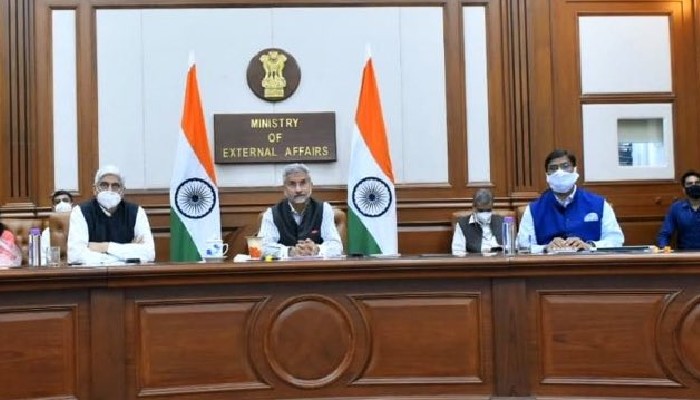 Terming “sustained cross-border terrorism” fanned by Pakistan and “insurgent groups’ activities” as national security challenges before rising India, External Affairs Minister S Jaishankar on Sunday said, “There will be attempts to dilute our influence and limit our interests.”

“Some of this contestation can be directly in the security domain; others could be reflected in economics, connectivity and even in societal contacts. Indeed, as the metrics of measuring power themselves undergo change, so too will their application when it comes to the games that nations’ play,” the External Affairs Minister said in his remarks at the second Manohar Parrikar Memorial lecture.

Stating that the global order is continuously evolving and tracking that process is intrinsic to policy-making, he said, “Salience of China and the re-positioning of the United States are perhaps the two sharpest examples” of sharp shifts in the basic stance and behaviour of nations and their interplay with each other.

He termed Brexit and intra-EU politics, the Abraham Accords and the dynamics of the Gulf, the challenges faced by Africa, the ideological debates in Latin America, or the evolution of the Indo-Pacific-as a reflection of larger rebalancing and the emergence of multi-polarity in the world.

“What are our key national security challenges, where and how do they arise, who are actual or potential partners, what can be optimal solutions – these are all questions to which the answers currently are very different from what there may have been in earlier decades. Our policy planning – indeed our strategic thinking – must obviously adjust to these new realities,” EAM Jaishankar said.

He maintained that India’s positioning on big global issues such as climate change, trade, health and data security- has influenced their outcomes.

“Our stakes in the world have certainly become higher; and correspondingly, so too have the expectations of us. Simply put, India matters more and our world view must process that in all its aspects. And just as important, our work style and mindset must adjust to raise the level of our game,” the EAM said.

Maintaining that since 2014, India has witnessed a number of conceptual changes on foreign policy front, he said, “Much of that was influenced by the growing understanding of the different world that we had begun to face regionalism. But it was also one that is clearly predicated on mutual sensitivity and mutual respect for each other’s interests. This was followed by the SAGAR doctrine which took an integrated view of the maritime space in India’s proximity and beyond. Here too, a template of cooperation was created that gave long-awaited attention to strengthening maritime capabilities, infrastructure, activities and cooperation.”

With regard to the Gulf region, the EAM said “There was a conscious initiative to appreciate and engage the Gulf in its full strategic manifestation. This took the relationship beyond the more limited understanding of the region’s energy and diaspora relevance to India.

He said the roll-out of the Act East policy added the security and connectivity dimensions more prominently to an interaction that was already central to India’s globalization.

“The overarching view, of course, was of a steadily growing multi-polarity that mandated a stronger Indian engagement with the major power centres. It not only took greater finessing to do that successfully but also a nuanced understanding to ensure that we got the best value from each of these ties. All this required a more holistic and integrated view of the evolving global architecture, one that brought elements of politics, defence, internal security, economics, commerce, technology and connectivity together,” Jaishankar said.