Government committed to the welfare of farmers: PM Narendra Modi 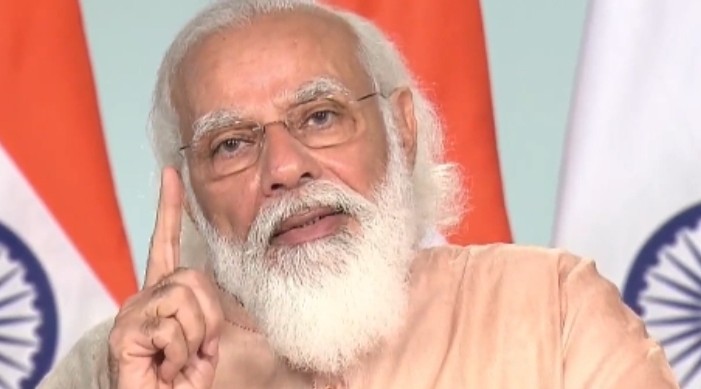 Maintaining that the government was committed to the welfare of the farmers, Prime Minister Narendra Modi has said that they now had a new alternative to sell their produce outside the mandis as well as the option of selling on the electronic platform.

Referring to the new farm laws, he said the farmers will not only get access to new markets and avenues, they will also be able to leverage technology.

The country will get modern cold storage infrastructure, prompting larger investments in the agriculture sector which will eventually benefit the farmers, PM Modi pointed out during his address at the 93rd FICCI annual general meeting on Saturday.

The Prime Minister's remarks came amid the ongoing protests by farmers against the three new farm laws.

"Our industry needs bridges not walls," the Prime Minister said. The reforms being undertaken by the government will bring these walls down and the recent agricultural reforms were a part of the process, he explained. The agriculture sector and allied areas like farm infrastructure, food processing, storage, and cold chains were earlier kept apart from each other by these walls.

By removing the walls separating various sectors of the economy, "there will be new opportunities for everyone, especially the farmers who will get new options," he said. Prime Minister Modi called for investing energy in finding ways to make agriculture, service, manufacturing and social sectors complement each other.

Everybody should work with the goal of strengthening the local value and supply chain and expanding India’s role in the global supply chain. “India has market, manpower and also the capability to work in mission mode,” he noted.

Pointing out that private sector investment in agriculture was not up to the mark, he called for greater interest and investment in areas like supply chain, cold storage and fertilizers. "There is a huge scope in rural agro-based industries and a friendly policy regime is in place for that," Prime Minister Modi added.

Referring to reforms in other sectors, he spoke about the financial inclusion of crores of people, who were connected to the banking system.