Business an important element of foreign policy to shape the world: EAM Jaishankar 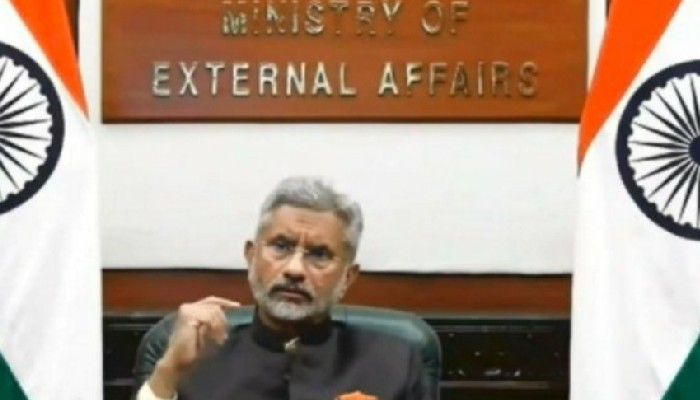 India is doing a lot of work on global issues and the policy under the present government has been contributive, S Jaishankar said

India is simultaneously working on the core development as well as on global issues, said External Affairs Minister S Jaishankar on Saturday, stating that business is not only a driver of employment generation but also an instrument to shape the world.

Speaking at the 93rd Annual Convention of FICCI, the EAM said, “Business is an important element of foreign policy, not just as an expression of national capabilities or driver of employment generation but also as an instrument to shape the world.”

“India is doing a lot of work on global issues and the policy under the present government has been more enthusiastic and contributive,” he added.

He was in conversation with FICCI President-Elect Uday Shankar who said that India’s new rulebook to enhance manufacturing capabilities Atmanirbhar Bharat is an opportunity to forge human-centric globalization.

Speaking further about the Digital India concept, Jaishankar said, “As the power of the digital is being appreciated across the world and people will want to have an influence over their digital future.”

The EAM also highlighted the importance of the Indo-Pacific region as an important region for exploring business potential.

"To me, Indo-Pacific is a very emphatic statement that does not artificially separate the Indian Ocean and India from the Pacific Ocean and those countries. The world is much more seamless. Only a person who is in denial of globalization would actually contest the Indo-Pacific,” he said.

Referring to the Indo-US trade deal, External Affairs Minister S Jaishankar said on Saturday, "There was a fairly serious negotiation between our government and the Trump administration on resolving the outstanding trade issues. The general idea was- let's deal with the differences before moving forward."

"For a variety of reasons they did not close it. On our side, we were dead serious. We wanted to deal with those issues because we thought there was something much bigger in store for the relationship," he added.