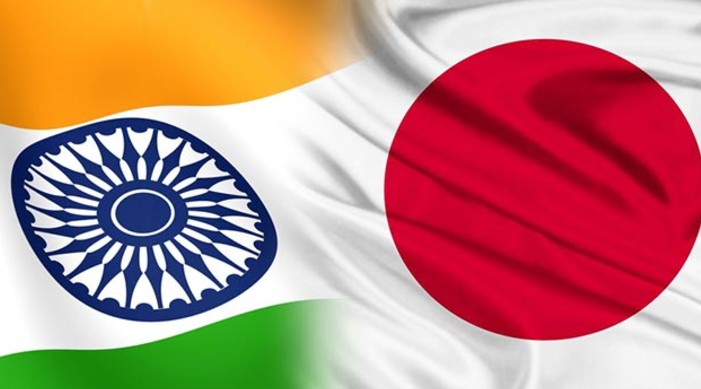 They discussed the scope for enhancing joint exercises and training

In an attempt to further bolster defence ties between two nations, the Air Defence Chiefs of India and Japan held talks on Thursday, weeks after the conclusion of Malabar Joint Naval Exercise in which Japan also participated amid standoff between India and China.

The Ministry of Defence later issued an official statement to share information about the meeting. In subsequent discussions, it wrote, “The two sides recognised the progress made in defence ties between India and Japan. They discussed avenues to further enhance cooperation and interoperability between the two Air Forces.”

“They also discussed scope for enhancement of joint exercises and training between the two Air Forces. A broader cooperation for strengthening collective response to HADR contingencies was also discussed,” the ministry said in the statement.

The Indian Air Force welcomed the move made by the Japanese side and said that overcoming the unprecedented challenges posed by COVID-19, the visit reaffirms the deep-rooted commitment to maintain and strengthen the relationship between the Air Forces.

Japan Air Self Defense Force Chief General Izutsu Shunji landed in India on December 9 on a formal invitation from his Indian counterpart. The Japanese Air Self Defense Chief was presented with a Guard of Honour on his arrival at the Air Headquarters. He was hosted by Chief Marshal R K S Bhadauria.

Apart from meeting his Indian counterpart, the General Izutsu Shunji also called on Defence Minister Rajnath Singh and held meetings with Chief of Defence Staff, Chief of the Naval Staff and Vice Chief of the Army Staff. As per some media reports, the Army Chief General MM Naravane is on a six-day visit to UAE and Saudi Arabia.

The visit comes weeks after the conclusion of Malabar Joint Naval Exercise in which all the members of Quad grouping consisting of India, Japan, Australia and the United States participated for the first time since 2007.

Japan is an important defence partner of India in the Indo-Pacific region and an important partner in Quad grouping which aims to establish a rule-based Indo-Pacific at a time when the South Asian region is facing a common threat namely China.

India and Japan both have had their share of Chinese hostility. While India is locked in a bitter row with China along the Line of Actual Control in Ladakh, Japan is facing its assertiveness over Senkaku islands dispute and several other territories.

Overall, China is trying to emerge as a hegemon in the South China Sea which concerns major countries of ASEAN including Vietnam, Indonesia, Brunei, Malaysia and the Philippines. It also concerns Taiwan at a great extent.

So, Japan and India are moving closer to counter the threat by increasing their interactions at sea and opening various other communication channels. Both countries have also signed various agreements for the same.

In fact, this year in September, both nations signed an ‘Acquisition and Cross-Servicing Agreement’ which allows militaries of both nations to exchange supplies and services on a reciprocal basis particularly in the exercises in which both participate. It will also allow both countries to use each other’s ports.

With this, Japan became the sixth nation to ink such an agreement with India after the US, France, Singapore, South Korea and Australia.