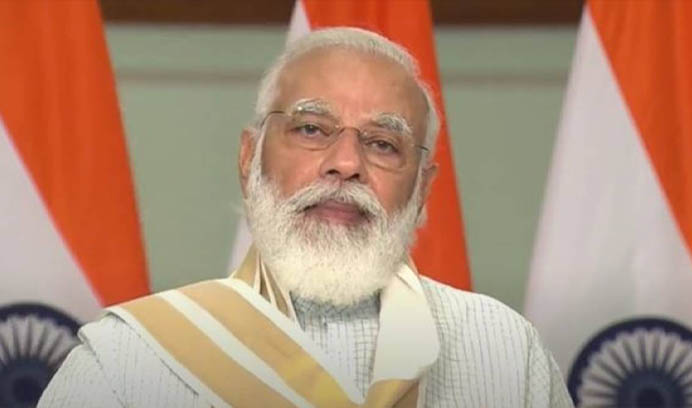 This will be the first bilateral ‘virtual summit’ meeting between India and a Central Asian country. The leaders will discuss the entire spectrum of bilateral relationship, including strengthening of India-Uzbekistan cooperation in the post-COVID world.

Central Asia is India’s ‘extended neighbourhood’ and as such, the country’s outreach to Uzbekistan is important from this perspective.

President Shavkat Mirziyoyev’s first and highly successful visit to India in October 2018 and his visit to Gandhinagar to participate in the Vibrant Gujarat Summit in January 2019 on the personal invitation of Prime Minister Modi demonstrated the keenness on the part of the leaders of both the countries to strengthen the strategic partnership.

After his 2018 State visit, President Mirziyoyev extended invitations to the President, the Vice President and the Prime Minister to visit Uzbekistan.

On the bilateral front, there has been a significant intensification in our ties with Uzbekistan in recent years, due to the high-level visits from both sides. Bilateral relations now encompass a wider canvas, including on political and strategic issues, defence and security, trade and investment, energy, agriculture, science and technology, education and people-to-people ties.

The bilateral trade at about US $ 247 million is still well below potential. Both leaders have therefore set a trade target of US$ 1 billion.

The Bilateral Investment Treaty (BIT) and the Preferential Trade Agreement (PTA) are under advanced stage of negotiations between the two countries.

Indian companies have already started looking positively at Uzbekistan with investments of about US $ 61 million in recent years, particularly in the pharmaceutical sector.

An important area of cooperation in recent times has been in civil nuclear energy. India and Uzbekistan concluded the agreement on long-term purchase of uranium by India which was signed during the Vibrant Gujarat Summit in January 2019.

The first joint military exercise in counter-terrorism (Dustilik-Friendship) was held during the visit of Raksha Mantri to Uzbekistan.

Training and Capacity-building of Uzbek defence forces is being carried out under our ITEC programme.

Cooperation between the two countries is also taking place at the level of states and regions of Uzbekistan.

During the visit of Gujarat Chief Minister to Uzbekistan (Andijan region in particular) in October 2019 and a follow up visit by the Uzbek side in November 2019, a total of 23 agreements were signed and 59 projects worth US $ 992 million were identified in various fields including agriculture, animal husbandry, food processing, gems and jewellery, automotive sector, textiles, pharma, IT and others. These are being implemented.

The Uzbek side is interested in expanding inter-regional cooperation between other regions of Uzbekistan and states of India like Haryana and Fergana.

Uzbekistan is the first country in Central Asia with which India has started its development partnership in terms of extending Lines of Credit. PM had announced a US $ 1 billion of Line of Credit (LoC) and Buyer’s Credit for Uzbekistan in 2018.

Four project proposals, received from the Uzbek side in sectors of road, sewerage and IT amounting to US $ 448 million have already been approved.

A new dimension of development partnership with Central Asian countries is the provision of grant assistance for implementation of High Impact Community Development Projects (HICDP) as announced during the India-Central Asia Dialogue in October 2020.

With India as the world’s largest democracy and its vast experience of running a successful parliamentary democracy, the Uzbek side desires close relations between its Oily Majlis (Parliament) and the Parliament of India. The Uzbek Parliament has also constituted an India Friendship Group in their Parliament.

The bilateral Summit provides an opportunity to both sides to further enhance their strategic partnership through high level political contacts, strengthen defence and security cooperation, enhance development partnership and work on connectivity initiatives.

Several MoUs/Agreements in the field of development partnership, renewable energy, capacity building are expected to be signed during the summit.