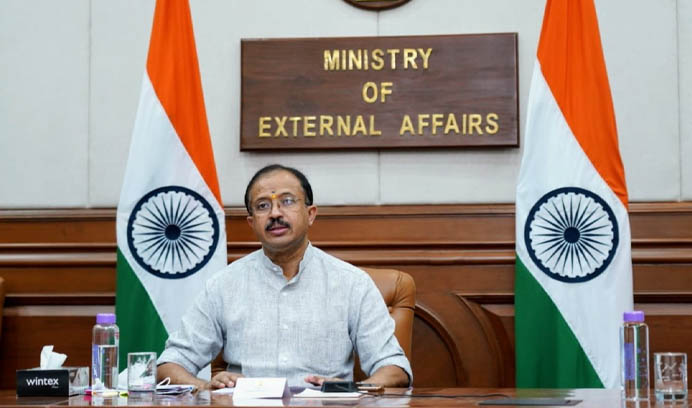 In continuation with India’s preparation for the forthcoming ‘Pravasi Bharatiya Divas’ Convention, the Ministry of External Affairs is organizing two virtual panel discussions on GCC-India on Friday.

Minister of State for External Affairs, V Muraleedharan will chair panel discussions, which will be participated by about 15 eminent panelists from India and abroad.

The topics of these panel discussions are: India and the Gulf: Leveraging energy partnerships, investment opportunities and emerging technologies for ‘Atmanirbhar Bharat; Skill sets of the future for Indians in the Gulf

The first panel discussion will provide a platform to discuss the ways and means in which the historic people-to-people ties and excellent political and economic relations between India and GCC could be used to contribute to the vision of a self-reliant India on the path towards a 5 trillion dollar economy.

The discussions will also focus on the role that the large and successful Indian diaspora in the GCC can play in realizing this vision.

The second panel discussion will deliberate harmonizing of the skill sets of our workforce in keeping with the pace of technological developments and economic changes in the Gulf region. It will also discuss the various steps taken by the Indian government to safeguard the interests of Indian workers especially those in the Gulf region.

These discussions would feed into the plenary sessions of the main PBD Convention scheduled to be held in January 2021.