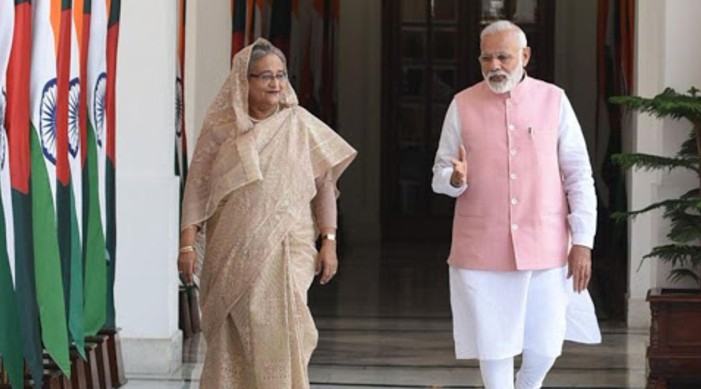 Prime Minister Narendra Modi and his Bangladesh counterpart Sheikh Hasina are likely to hold a virtual summit on December 17.

This was revealed by Bangladesh Foreign Minister AK Abdul Momen, while addressing a webinar on ‘India’s Contribution to the Liberation War of Bangladesh’ on Sunday.

The Bangladesh Foreign Minister also said that the 50th anniversary of Bangladesh’s independence is expected to witness a large number of bilateral activities between Bangladesh and India.

‘We’re happy that prime minister Narendra Modi will participate in the celebrations of the 50th Independence Day of Bangladesh on March 26 next year,’ Momen was quoted as saying in a New Age Bangladesh report.

The event was also attended by the Indian Ambassador to Bangladesh Vikram Doraiswami.

The virtual meeting between the prime ministers of both sides was discussed during the sixth Joint Consultative Commission meeting, held virtually, between External Affairs Minister S. Jaishankar and Bangladesh Foreign Minister Momen in September.

India and Bangladesh are friendly neighbors and the virtual summit is expected to further give an impetus to the bilateral relations.