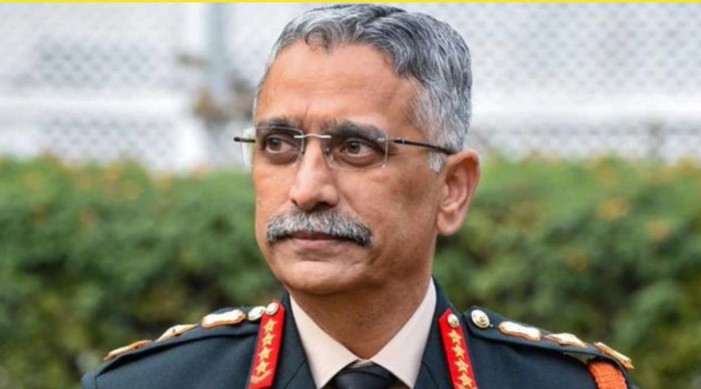 The Chief of Army Staff (COAS) General Manoj Mukund Naravane has proceeded on a “historic” visit to the United Arab Emirates (UAE) and the Kingdom of Saudi Arabia from December 9 to December 14. During the visit, he will be meeting his counterparts and senior military leadership of these countries.

“The visit is historic in the sense that it will be the first time an Indian Army Chief is visiting the UAE and Kingdom of Saudi Arabia,” said a statement by the Ministry of Defence.

The Army Chief is visiting the UAE on December 9 and 10. He is scheduled to call on senior military officials where he will discuss avenues for enhancing India-UAE defense relations.

On the second leg of his tour, General Narvane will travel to the Kingdom of Saudi Arabia from December 13 to December 14.

The COAS will take forward the excellent defence cooperation between the Kingdom of Saudi Arabia and India through multiple meetings with senior functionaries of the security establishment and exchange views on various defense-related issues.

According to the Ministry of Defence, the Army Chief will visit the Headquarters of Royal Saudi Land Force, the Joint Force Command Headquarters, and King Abdul Aziz Military Academy. The COAS is also scheduled to visit the National Defence University and address the students and faculty at the institution.

The visit is important as it comes when the world is going through COVID-19 pandemic and India is amid a border standoff with China and is aimed at furthering India’s relations with the Gulf Nations.

Gen Naravane’s visit to UAE comes close on the heels of the recently concluded visit by External Affairs Minister S Jaishankar to the region. He had met his UAE counterpart Sheikh Abdullah bin Zayed bin Sultan Al Nahyan and taken stock of India and UAE bilateral ties and growing cooperation.

India and the UAE share a long-standing bilateral relationship furthered by the regular visits of Prime Minister Narendra Modi to the country.

PM Modi has been to the UAE three times since 2015 and has been conferred with the highest honor, the Sheikh Zayed medal.

India and UAE have also inked defense cooperation agreements. Also, the Indian Ordnance Factories had inked an agreement to supply ammunition to the Emirati Military.

The Gulf country has expressed interest in the `Made in India’ Akash surface-to-air missile system.

The Army Chief’s visit to the Gulf Nation is likely to add impetus to the bilateral relations between both sides.

According to the official data, Saudi Arabia is India’s fourth-largest trade partner and a major source of energy as India imports around 18 percent of its crude oil requirement and 30 % of its LPG requirement from the Kingdom.

Both sides have also signed an agreement for the joint defense production of various components.

The recent attack on an oil facility in Saudi Arabia was condemned by India. “India stands in solidarity with the people of Saudi Arabia against such attacks,” the official spokesperson of MEA, Anurag Srivastava had said in response to a question related to the attempted attack.

Last month, Naravane went on a three-day visit to Kathmandu, where he met Nepalese Prime Minister KP Sharma Oli and discussed ways to further the bilateral relations between India and Nepal.